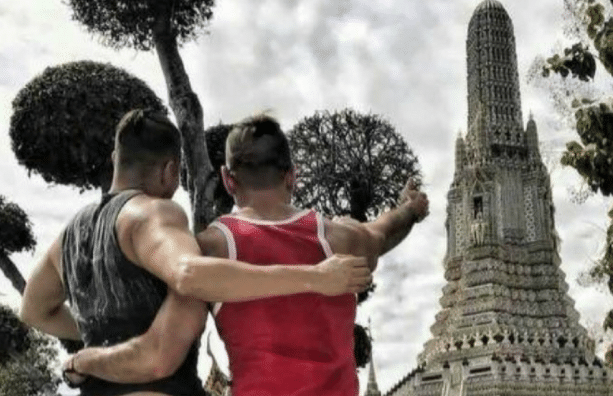 An American gay married couple could face a long jail sentence after getting naked at a temple in Bangkok, Thailand.

Travis and Joseph Dasilva were pictured with their butts out at the Temple of Dawn known as Wat Arun, according to a statement by the Thai Government.

The pair, both 38, were taken into custody at the airport as they went to get their flight home.

Now, they both admit to bending over and posing for the picture at the temple and are facing legal action. 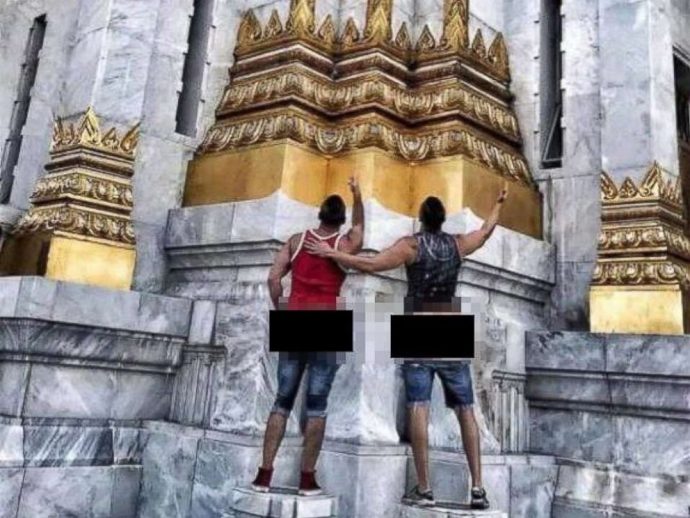 In the report of their arrest Police Colonel Choengron explains why the act was so offensive:

‘Respect for places of cultural, historical and religious importance [is important] because it is simply good manners.’

They could also face a long jail sentence

A statement from the Thai government says the two tourists could also face jail time for taking the photo at a place of such cultural significance.

‘The charge would not be a normal public indecency charge. Instead, they would be charged with committing indecency in a place of worship, which carries a long jail term,’ the government statement read.

‘This is a reminder that everyone should have respect for Thai religion and culture.’ 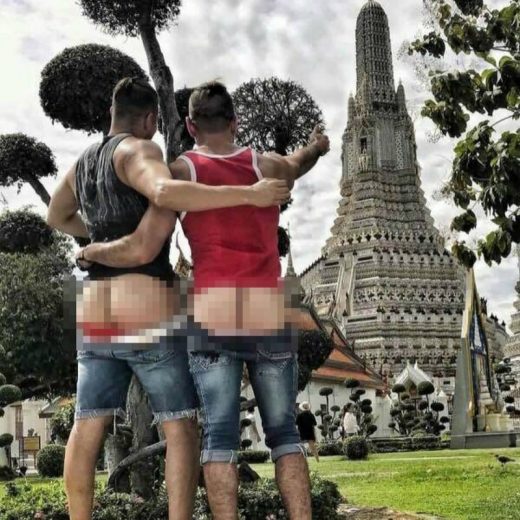 They live in Hillcrest, the center of San Diego’s LGBT scene, with buzzing gay bars and the city’s massive annual Pride parade.
San Diego’s City Commissioner Nicole Murray-Ramirez is in contact with the men.

‘Though I am very disappointed in their actions, I am talking to U.S. government officials to see what assistance we can give them,’ Murray Ramirez told San Diego Gay and Lesbian News.

The men are currently talking to American authorities on what to do next before they go to court.

The Instagram page @traveling_butts has now been deleted from the site.