Home Gay Life American Gods will feature the most explicit gay sex scene in a... 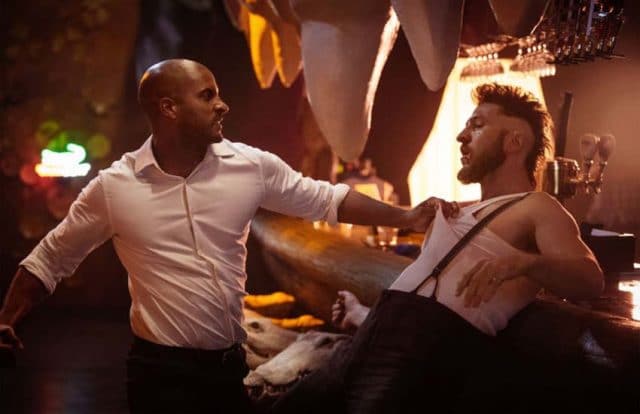 American Gods will feature TV’s most explicit gay sex ever.
The Starz fantasy series, which aired its first episode on 1 May, will feature two Muslim men making love in what promises to be one of the most ‘memorable, touching romantic’ scenes in the entire first season.

The scene will take place in the third episode.

Starring Ricky Whittle and Ian McShane, the first season sees the gods of old – like Odin – facing off with the gods of new – like Media and Technology.

Each episode will depart from the main story for a Coming to America segment, showing how other humans interact with these ‘gods’ that walk among them.

The show, run by gay writer and director Bryan Fuller and his producing partner Michael Green, will include a gay scene adapted from the source material by Neil Gaiman.

In the book, Salim – a young Muslim from Oman – travels to New York City. Hating his life and selling trinkets to tourists, he meets a taxi driver who’s eyes burn with fire. He is a Jinn, and the two return to a hotel room to have sex.

The taxi driver comes out of the shower, wet, with a towel wrapped about his midsection. He is not wearing his sunglasses, and in the dim room his eyes burn with scarlet flames.
Salim blinks back tears. “I wish you could see what I see,” he says.

“I do not grant wishes,” whispers the ifrit, dropping his towel and pushing Salim gently, but irresistibly, down onto the bed.
It is an hour or more before the ifrit comes, thrusting and grinding into Salim’s mouth. Salim has already come twice in this time. The jinn’s semen tastes strange, fiery, and it burns Salim’s throat.

In the morning, Salim his belongings are gone, and only the Jinn’s taxi keys and ID remain. He then begins his new life as a taxi driver. 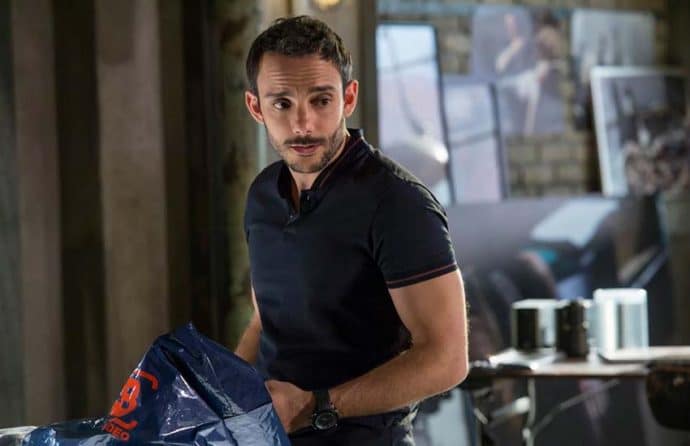 ‘We both cited Salim and the jinn as one of the most memorable, touching romantic chapters of the novel.’

‘We both cited Salim and the jinn as one of the most memorable, touching romantic chapters of the novel,’ Fuller said in a recent interview.

‘And so, we took great care and were very deliberate in how we brought that to life so it reflected the romance of the novel. We also added a few notions about a particular gay experience, coming from a man who originates from a country where you can be thrown off a rooftop for being gay.’

He added at a press event: ‘[It] was not a small feat for two gay Muslim characters to have a beautiful, sophistical, sexual experience and what it was like for us to visually give you an idea of what it’s like to take a god inside you. I felt like it was a wonderful metaphor for a religious experience.’

Ian McShane added: ‘I love what the straight actor said to you, remember? He told you, “I understand. Just when you’re doing the special effects, give me a beautiful cock, OK?”‘

American Gods continues on 7 May on Starz. International viewers can watch it now on Amazon Prime.