Home Gay Life An Alabama Theatre Bans “Beauty And The Beast” Over Inclusion Of Gay... 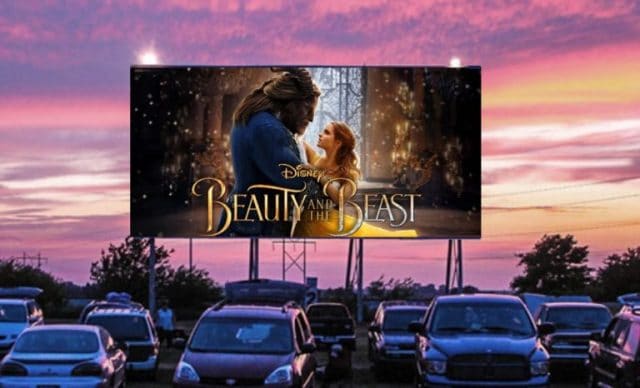 An Alabama theatre owner is banning Disney’s new, live-action musical version of “Beauty and the Beast” because he doesn’t want to expose his customers to the new gay character in the film.

“It is with great sorrow that I have to tell our customers that we will not be showing ‘Beauty and the Beast,’” read a message on the Facebook page of the Henagar Drive-In Theatre.

“We will not compromise on what the Bible teaches. We will continue to show family-oriented films so you can feel free to come watch wholesome movies without worrying about sex, nudity, homosexuality and foul language.”

CNN reports that the theater’s Facebook page promoted showings of “Passengers,” a sci-fi romance with Jennifer Lawrence and Chris Pratt, and the upcoming entry in the “Pirates of the Caribbean” series.

CNN affiliate WHNT in Huntsville, Alabama, saved a screenshot of the message before it was removed Friday evening: 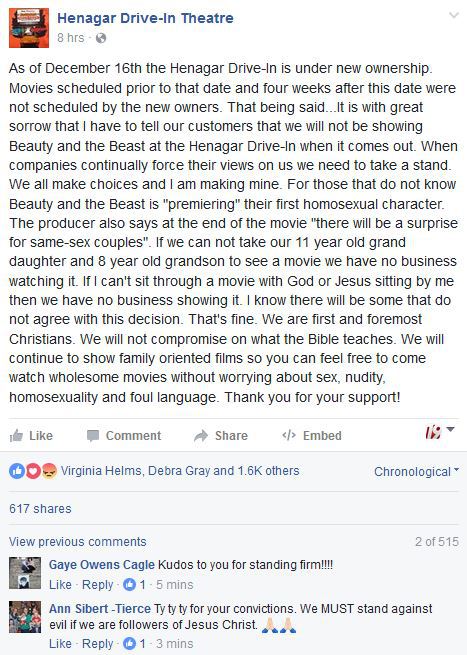 Director Bill Condon says the character of LeFou, sidekick to the villainous Gaston, has an “exclusively gay moment” in the PG-rated movie.

Variety’s reviewer says LeFou is “silly and fawning, but I must have missed the memo where that spells ‘gay.’” 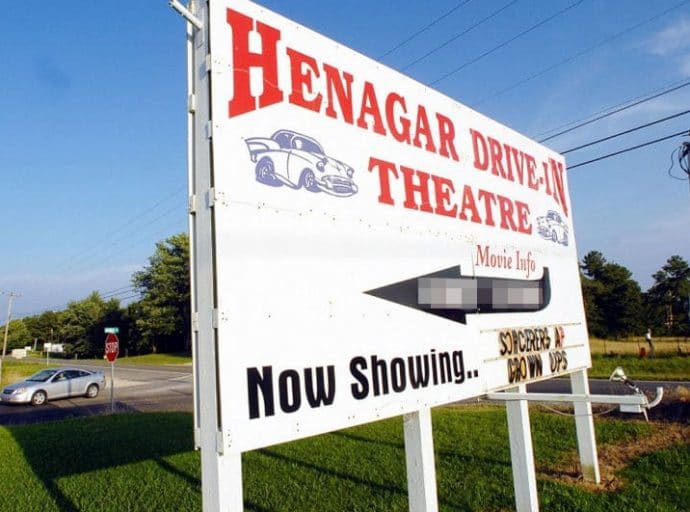 Watch the film’s trailer below: 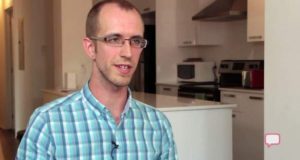 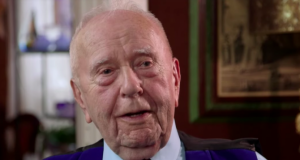