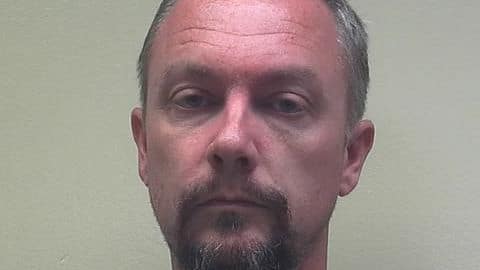 A pastor in Alabama at an anti-LGBTQ church was arrested after confessing to molesting an underage boy.

John Martin, 41, was the lead pastor of the Lighthouse Baptist Church in Florence, Alabama, until he resigned on June 23 amid allegations of sexual abuse.

He checked himself into a psychiatric unit and turned over his guns, and then he was arrested.

According to court records, he is accused of molesting one boy several times, both at his home and on a road trip. He also sent the victim explicit text messages.

Court records also say that he admitted to molesting another boy when he confessed to his congregation.

Assistant district attorney Angie Hamilton said that she believes there were other victims.

“We have identified several potential victims,” she said. “We believe other charges are forthcoming.”

The Lighthouse Baptist Church doesn’t hide its anti-LGBTQ stance. On its website, it compares being LGB to bestiality.

“We believe that any form of homosexuality, lesbianism, bisexuality, bestiality, incest, fornication, adultery, and pornography are sinful perversions of God’s gift of sex,” the website reads.

“We believe that the only legitimate marriage is the joining of one man and one woman,” it continues.

The website also expresses hatred of transgender people: “We believe that God disapproves of and forbids any attempt to alter one’s gender by surgery or appearance.”

The church doesn’t allow women to take on leadership positions because “The husband is to be the leader of the home, and men are to be the leaders (pastors and deacons) of the church.”

Martin has been charged with four counts of first-degree sexual abuse. He faces up to 40 years in prison on those charges.