A new report indicates that anti-LGBT violence has reached a record high in Brazil.

According to Grupo Gay de Bahia reported, there were 387 homicides attributed to homophobia or anti-gay violence in 2017, a staggering 30% increase from the 327 reported in 2016. (The report also listed 58 suicides in the same time period.)

Brazil is often seen as one of the most gay-friendly places on Earth, with marriage equality, legal recognition for trans people and the world-famous Sao Paulo Pride celebration. But LGBT people in the country are also victims of gruesome violence—shootings, decapitations, strangulations, stonings.

More than 40% of all anti-LGBT violence in the world occurs in Brazil.

In February 2017, a transgender woman was stoned to death in Guarujá, São Paulo. Just last month, authorities found the charred remains of a gay homeless man in an empty parking lot. 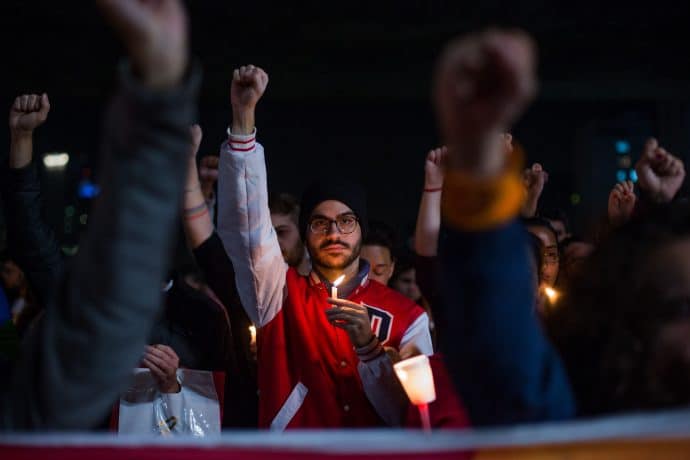 “We live off this image as an open and tolerant place,” Jandira Queiroz of Amnesty International Brazil told the New York Times in 2016. “[But] homophobic violence has hit crisis levels and it’s getting worse.”

In September, Brazilian singer Yann released a music video for “Igual,” which called for an end to anti-LGBT violence in his homeland. “Unfortunately, most of the world isn’t aware that Brazil is an incredibly dangerous place for the LGBTI+ community,” the singer said.