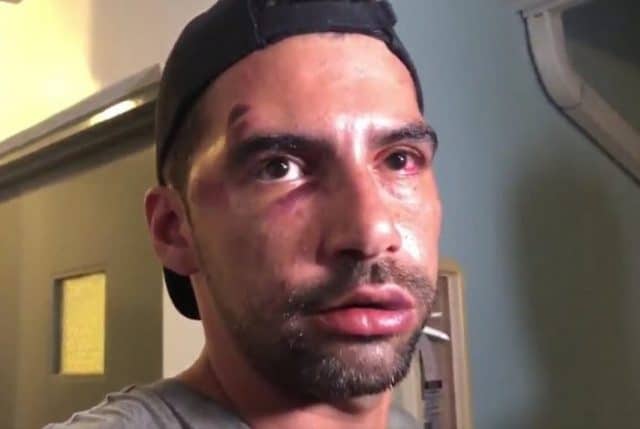 Four men accused of brutally beating a gay couple for holding hands at Pride in Miami last year were honored at a gala for a local LGBTQ organization.

SAVE touts itself as “South Florida’s longest serving organization dedicated to protecting people who are lesbian, gay, bisexuals, transgender and queer (LGBTQ) against discrimination.” 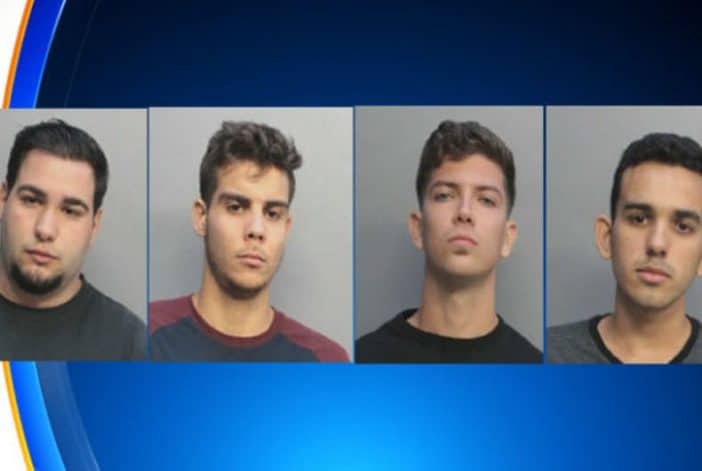 The men are accused of beating Rene Chalarca and Dimitri Lugonov, a gay couple, at Miami Beach Pride last year, as well as a bystander, Helmut Muller Estrada, who tried to help protect the couple. The attack was caught on security video and one of the victims said that they were shouting anti-gay slurs in Spanish.

All three victims had to be rushed to the hospital. Chalarca suffered a broken facial bone and lost his job because he was in too much pain to be able to work.

All four men who were honored at the SAVE gala are facing hate crimes charges and could be sentenced to up to 30 years in prison for their roles in the attack. All have pled not guilty.

So why would an LGBTQ organization honor people like this? SAVE Executive Director said at the gala that the four had been “wrongly accused.”

According to South Florida Gay News (SFGN), the crowd applauded as the men were honored.

Lima said that they have been doing volunteer work with SAVE for the past six months.

“More details have come to light to show that this was not a hate driven crime,” Lima told SFGN about the attack that was caught on video.

“It’s very easy to jump on a bandwagon when you feel your community is being attacked,” Lima said. “It’s important to look deeper into things when there is a shadow of a doubt.”

“We are aggressively pursuing the prosecution of the case,” a spokesperson said.

“The defendants in the case are not wrongly accused,” he said.

Even if Lima is right and they were wrongly accused, since when is “maybe didn’t beat up a gay couple for holding hands” a reason to honor straight people at an LGBTQ gala? Is there no one in South Florida who’s doing anything more important to advance LGBTQ equality?