Home Gay Life An Utah Cafe Worker’s Being Applauded For Fighting Off A Mob Attacking... 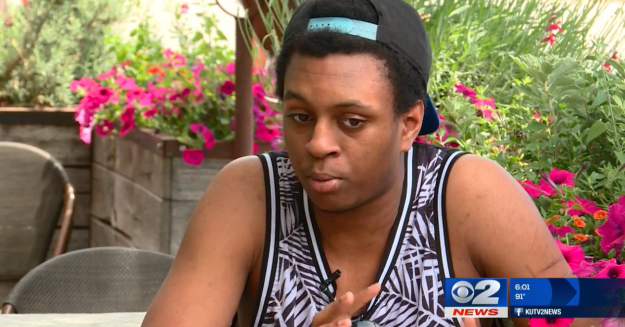 A Utah café worker is being applauded for defending a gay couple who were being harassed by a large group of men.

While participating in Utah’s Pride Festival on Saturday, a gay couple was walking around downtown Salt Lake City.

Around 10 p.m. that night, the two men found themselves being harassed by a group of 10 to 15 white men. The men yelled out homophobic slurs at the couple and followed them as they fled.

The gay men then came across the Doki Doki Café on 400 South and ran in for safety. That’s when café worker Terrance Mannery noticed them.

“They seemed very distraught, so I asked them what was going on and they stated that they were being followed and harassed by people,” said Mannery to news source KUTV.

Mannery made quick work of blocking the group of men from entering the store.

“From my viewpoint, there’s women, there’s kids and everyone in the store is trying to have a good time. So, my thought process was keep them out keep them safe,” he said. 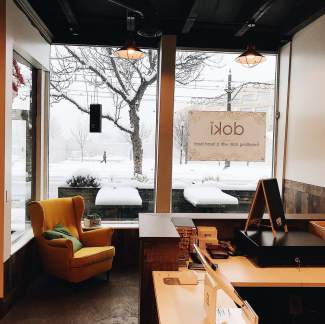 Unfortunately, Mannery’s bravery was met with violence as the group decided to take out their frustrations on him. This led to Mannery being punched a few times. That said, he took the assault in order to keep the customers safe.

Mannery’s boss and the owner of the café, Irie Cao, was there as the fight happened and applauded Mannery on his heroic deeds.

“I’m just really proud of him for standing up,” Cao said.

But Mannery insists that he was just doing what seemed right.

“I don’t see how people can target others who are just trying to live their lives and be happy,” he said.

The police are currently investigating the situation in attempt to identify the group of men.

The Salt Lake City Police Department admits that they aren’t sure about calling the situation a hate crime because it was ultimately Mannery who was attacked and not the two gay men.

“They’re not directing their anger and their physical assault at him because of his sexual orientation, so it’s kind of a gray area for us,” said Detective Greg Wilking said.

In addition, the crime wasn’t covered by surveillance footage, so police are relying on physical descriptions. They ask anyone with useful information to call 801-799-3000.