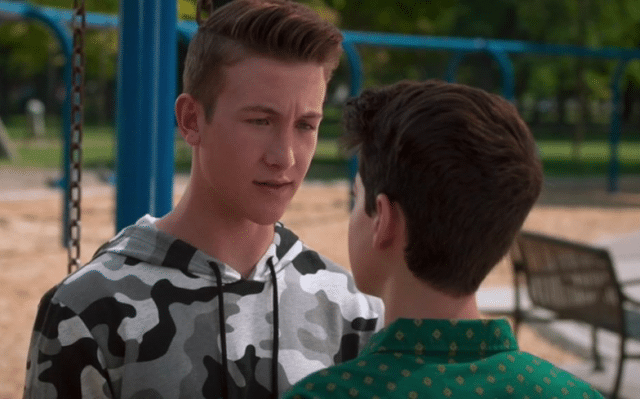 The comedy-drama, which followed the title character and her friends as they attend middle school, has received acclaim from fans and critics for its LGBTQ storylines – specifically for its handling of Cyrus Goodman’s coming out journey.

Cyrus’ sexuality was first addressed in the show’s second season when Andi discovered they both have a crush on the same boy. Later, Cyrus came out to his friend Buffy, telling her he feels “weird” and “different”. Her response was perfect.

Then earlier this year, Cyrus became the first ever Disney character to say the words “I’m gay”. Before this, he had never actually explicitly said he identified as LGBTQ, so it was, without-a-doubt, a landmark moment for queer representation.

Unfortunately, the show was cancelled soon after. But in the series finale – which aired 26 July – the show’s writers made sure Cyrus received his happy ending, pairing him with his friend TJ.

After TJ reveals his “secret” to Cyrus (his real name), the two hold hands, marking the start of Disney’s first same-sex pairing.

It received universal praise from fans and critics, with one Twitter user saying it’s a “huge deal” for Disney Channel. “This show was truly amazing and it had amazing life lessons,” they added. 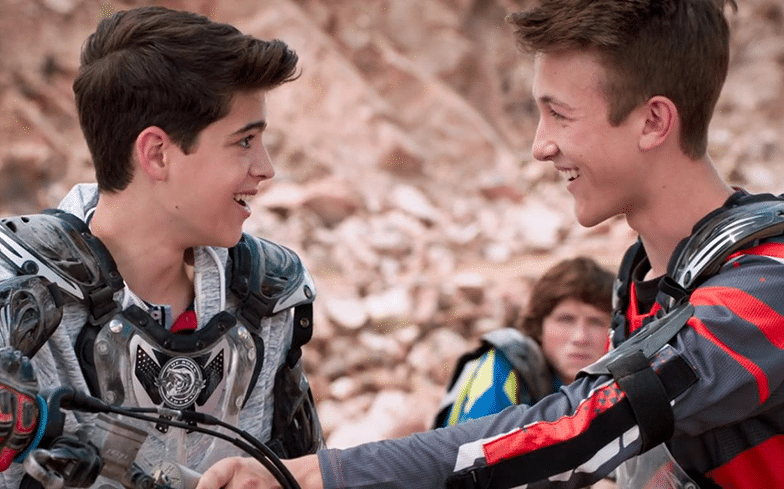 However, some fans took aim at the fact they didn’t go further and share a kiss, especially because characters Buffy and Marty did. “They literally sang Born This Way (the gay anthem of 2011) and gave Muffy a kiss but not Tyrus,” said one fan.

“WTF they could’ve kissed there’s no reason why they couldn’t lol fuck Disney.”

Terri Minsky, creator of the show, spoke about the scene in question with Paste Magazine and revealed why a kiss wasn’t shown: “I feel like a kiss, in a way, would have not been realistic to these characters.

“A lot of that story, a lot of that journey between Cyrus and TJ was subtext, and I think that whatever they were saying to each other, they weren’t actually saying in words. And even that final conversation isn’t explicit.

“I love that they have that moment reaching for each other and holding hands, in my mind, in the world that we live in, in the story of this relationship, that is a lot. I think that first physical contact with somebody is so intense.

“I just felt like this was the story of these characters, that they finally understood what they were saying to each other, and it wasn’t like they had to wonder, or

Terri said she didn’t want them to kiss just to make it a first for Disney, adding: “I would love if we were going to go on and have another season or another story, I would love to have the first LGBTQ kiss on Disney.”

Watch the heartwarming moment between Cyrus and TJ below.