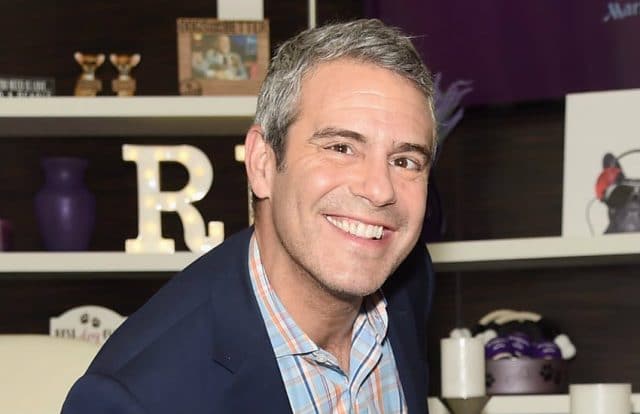 Andy Cohen has suggested that he might give politics a shot, that is, if a pro-surrogacy bill he’s advocating for in New York gets passed.

Yesterday (13 June), the Watch What Happens Live host spoke to TMZ got amped up about the bill, no wonder, , Benjamin, was born via surrogacy.

Cohen also sounded out against feminist Gloria Steinem, who is a vocal opponent of the proposed measure.

over whether being a politician is in his future as he left the Sirius building in Midown Manhattan.

‘Anything’s possible,’ he replied with a smirk before posing with a fan.

‘My surrogate was a great gift to me. She gave me the ultimate gift. I want New Yorkers to be able to have access to that and not have to travel across the country like I did.

‘Thankfully, I had the means to do it. But some people can’t afford that. People should have that access in New York.’

New York governor Andrew Cuomo supports the measure, but historic feminist Steinem sent a letter to him opposing the bill.

‘I think she [Gloria] needs to read the current version of the bill because it will wind up protecting surrogates more than in any other state,’ Cohen hit back.

‘I think it’s draconian that the state of New York, which is one of the most progressive states in the country, that surrogacy is not legal.

‘Women struggling with fertility issues that this would help – this bill is about women taking control over their own bodies.

‘I believe women should be able to do whatever they want with their bodies. Including if they want to be surrogates.

The bill was pitched to legalize paid surrogacy in New York. Currently, it passed the State Senate.

Lawmakers originally pitched the bill as a progressive ideal, a remedy to ban the burdens of LGBTI and infertile couples and people.

But supporters face the problem of a Senate Legislative which is plummeting out of a nearly decade-long Democrat dominance. This year’s session will be over in less than a week, and the bill remains stalled in the Assembly.

As a result, the future of the bill remains uncertain.