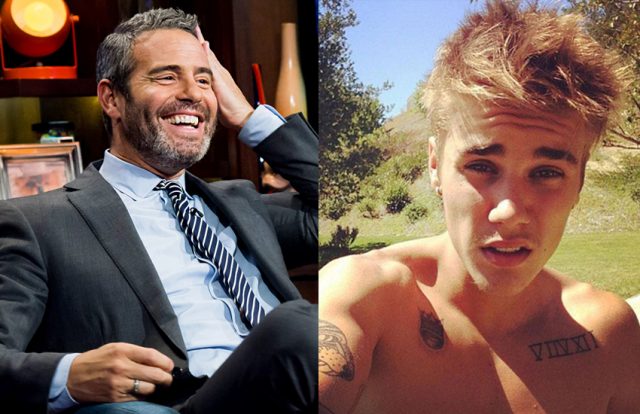 For Andy Cohen, the thirst is real.

The handsome talk show host has revealed he would love to hook up with Justin Bieber. and admitted to looking at photos of the Sorry singer’s manhood.

Speaking on the Allegedly with Theo Von & Matthew Cole Weiss podcast, Cohen was asked outright if he would sleep with the pop star.

He swiftly replied: ‘Yes, of course!’ He added: ‘I think he’s really pretty. I like how smooth he is, not a lot of body hair.’
Furthermore, he adds: ‘I saw the dick pic and I think he’s got a nice, adult-sized penis.’

Cohen, 48, goes on to admit that his own dick pics are circulating the internet – but that you can’t see his face in them to identify him.

His answer? Theater icon Andrew Lloyd Weber. ‘You wouldn’t want to get in front of his mouth ever,’ Andy says. ‘He’s got some breath!’