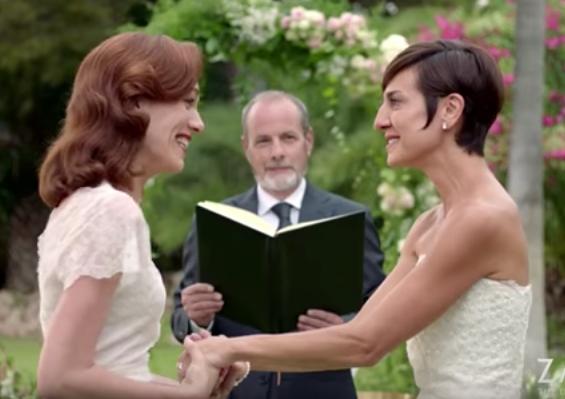 Zales Jewelers is under attack.

The discount diamond dealer has raised the ire of One Million Moms with its latest commercial. The 30-second TV spot depicts a number of happy smiling couples showing their love for one another with diamond jewelry, including two lesbians getting married.

In response, One Million Moms has issued a strong-worded statement saying the commercial is “glorifying sin.”

“Zales Jewelers should be ashamed of attempting to normalize sin by featuring two women getting married in their latest commercial,” the statement begins. “It shows two women in wedding gowns exchanging vows and wedding bands.”

“Zales crossed a line,” the moms nag. “Zales is glorifying sin, and no sin should be placed in the spotlight and honored. This goes for homosexuality as well.”

The moms are now urging everyone to call the mall jewelry giant and demand it pull the commercial immediately.

“Let Zales know that continuing to air this offensive advertisement in the future will force your family to decide to avoid their stores, especially during the Christmas season,” they say.

They’re also encouraging people to go to their local malls and harass Zales employees and managers by telling them to stop engaging in “culture wars.” 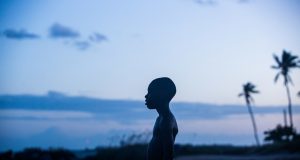 Nick Gayer
0
From King Cobra to Moonlight, is this year's crop of queer films the strongest yet? Are we living in a golden age of gay film?... 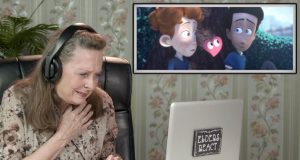 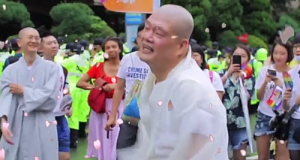 Buddhist monk gets down at Korean queer parade

Nick Gayer
0
Korean video blog .Face posted a clip yesterday of a Buddhist monk getting down at the Korean Queer Culture Festival in Seoul.