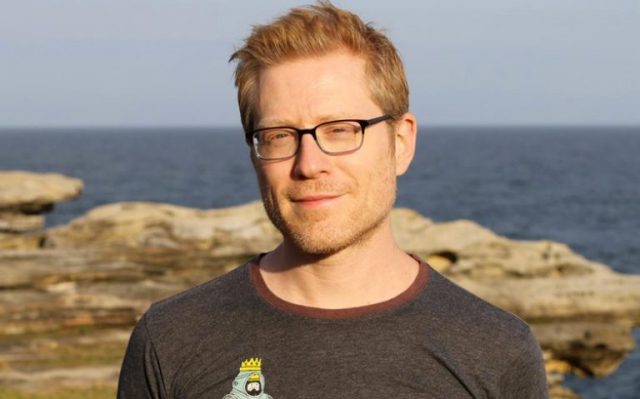 Earlier this year it was revealed that the upcoming Star Trek reboot – Star Trek: Discovery – would feature a gay character as one of its major players.

At the time showrunner Bryan Fuller said “Absolutely we’re having a gay character,” and he’s made good on his promise.

Anthony Rapp, of Rent and Roadtrip fame, will star as Lt. Stamets, an “astromycologist,” fungus expert, and Starfleet Science Officer aboard the Starship Discovery according to EW.

With the help of my friend Bill's collection of all things @startrek I am doing a deep dive into the lore in prep for @startrekcbs pic.twitter.com/yB99dScL5t

Stamets is one of the few gay characters to be featured in the Star Trek franchise, a trend that has seen some major controversy among fans this year.

During the release of the blockbuster movie Star Trek Beyond it was revealed that Hikaru Sulu, played by John Cho, was gay in their new timeline of events – that didn’t sit well with the original Sulu George Takei.

George said at the time that he had “hoped instead that Gene Roddenberry’s original characters and their backgrounds would be respected. How exciting it would be instead if a new hero might be created, whose story could be fleshed out from scratch, rather than reinvented. To me, this would have been even more impactful.”

Fingers crossed Lt. Stamets will be that character!

Here he is, my @startrek history mentor. May we all live long and prosper.

There are still plenty of casting announcements yet to be made however, including the show’s female lead who, in a break from tradition, won’t be the captain.

“We have a character who’s on a journey, and in order to understand something that is alien, she first has to understand herself,” Fuller explained back in August. “We haven’t cast her yet, so we don’t know what level of diversity she will be, but that’s forefront in our minds.

“We’ve seen six series from the captain’s point of view; to see a character from a different perspective on the starship — one who has a different dynamic relationship with a captain, with subordinates, it gave us richer context,” he added.