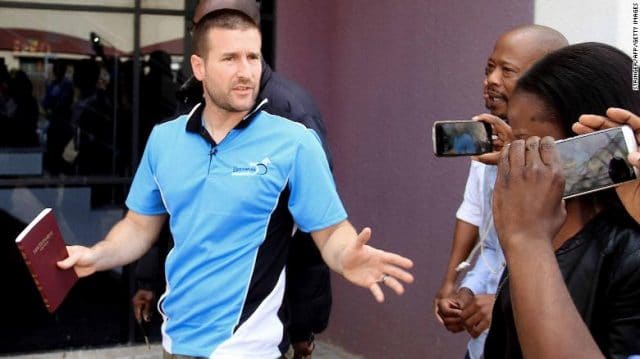 A controversial US preacher has become the first person to be banned from Ireland under a 20-year-old power.

His website claimed that he was due to preach in Dublin on 26 May.

However, an online petition calling for Mr Anderson to be banned from Ireland was created in response, and gained 14,000 signatures.

Mr Anderson has previously called for the death of former US President Barack Obama and praised the gunman who killed 49 people in an attack on a gay night club in Florida in 2016.

Who is Steven Anderson?

Steven Anderson is one of America’s most controversial preachers.

He was born and raised in Sacramento, California, and started the Faithful Word Baptist Church in December 2005 from his Arizona living room.

According to the church’s website, he met his wife Zsuzsanna “while soul-winning” as an 18-year-old on the streets of Munich in Germany.

The couple have been married for more than 17 years and have 10 children.

The church’s website says Mr Anderson has memorised “well over 140 chapters of the Bible”.

Mr Anderson claims to have his materials translated into more than 115 languages.

Irish Minister for Justice Charlie Flanagan signed an exclusion order for Mr Anderson with immediate effect on 10 May under the Immigration Act 1999.

It is the first time an exclusion order has been granted since the creation of the act 20 years ago.

Mr Anderson has been banned from a number of countries, including the UK.

Mr Flanagan said he had signed the order “under my executive powers in the interests of public policy”.