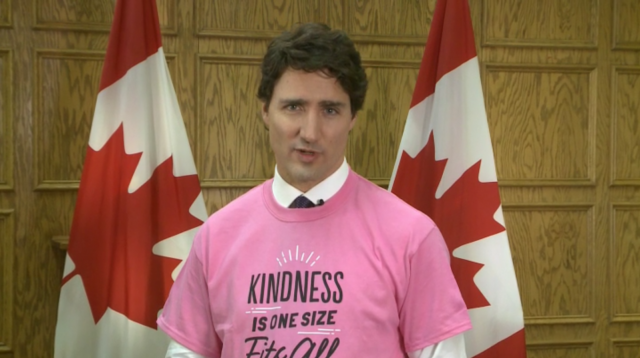 Justin Trudeau came in power as Prime Minister of Canada last year, and ever since he has been a true support of the LGBT community. His opponents try to make him look bad for this, but actually they made him look pretty cool.

She continued attacking PM’s actions of support for the LGBT community. She attacked the latest event in which Justin Trudeau raised a Rainbow Flag from Parliament Hill and said that it was an offensive gesture.

“Raising a homosexual flag on Parliament grounds displays the narrow, extremist, and exclusive viewpoint of the current Liberal government.
“The rainbow flag represents the views of an activist special interest group only.
“To raise this flag is offensive to all Canadians who have knowledge and concern about Canada’s history, culture and traditions.”

Justin Trudeau stands for equality and he is the first Canadian Prime Minister to march at Pride and to raise the rainbow flag at parliament Hill. His Cabinet is made of 50% women because he also believes in gender equality.