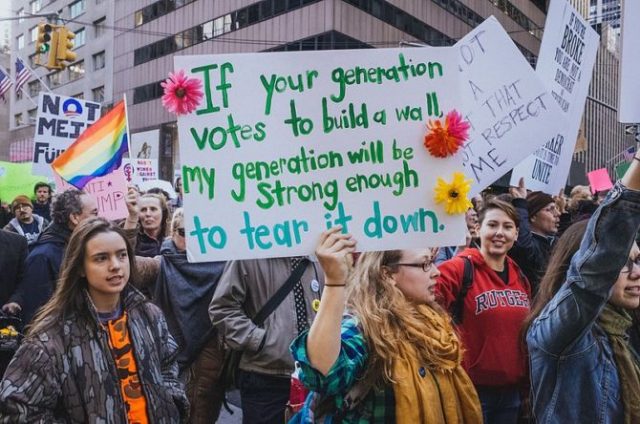 The Stonewall Inn is considered to be the birthplace of the modern LGBTQ rights movement and as equality is once again under attack it is only fitting that it should once again be home to what looks to be a massive protest.

An LGBT Solidarity rally on Saturday from 2-4 P.M. has been organized by New York Councilman Corey Johnson, with the express purpose of protesting the policies of the Trump administration.

“Join us in front of the Stonewall Inn as we stand in solidarity with every immigrant, asylum seeker, refugee and every person impacted by Donald Trump’s illegal, immoral, unconstitutional and un-American executive orders. We will also speak out against Trump’s selection of the most anti-LGBT nominees and appointees in modern history,” the event’s Facebook page reads. There have also been concerns of a possible executive order coming from the Trump administration on “religious freedom,” which would offer up a license to discriminate against the LGBTQ community and others so long as a religious belief could be cited as the motivation for that discrimination.

While the White House has attempted to quiet those fears, and while there are reports that Ivanka Trump and her husband, and adviser to the president, Jared Kushner might have helped kill the anti-LGBTQ order, LGBTQ rights groups remain on alert. President Trump spoke repeatedly of the importance for “religious freedom” during his remarks at the National Prayer Breakfast on Thursday.

The event page lists co-sponsors that include GLAAD, the Ali Forney Center, Gays Against Guns, the Anne Frank Center for Mutual Respect, Coming Out Muslim, Equality New York, Harlem Pride, PFLAG NYC, The New York Immigration Coalition, The Trevor Project and many others.

Michael Moore and a host of other celebrities led a rally against President Trump the night before his inauguration in front of Trump Tower in New York City, which was one of the bigger anti-Trump rallies, behind the Women’s March on Washington.

There is also a National Pride March planned for June 11 in Washington, D.C., which has drawn inspiration from the Women’s March.

Watch the rally at Stonewall below: