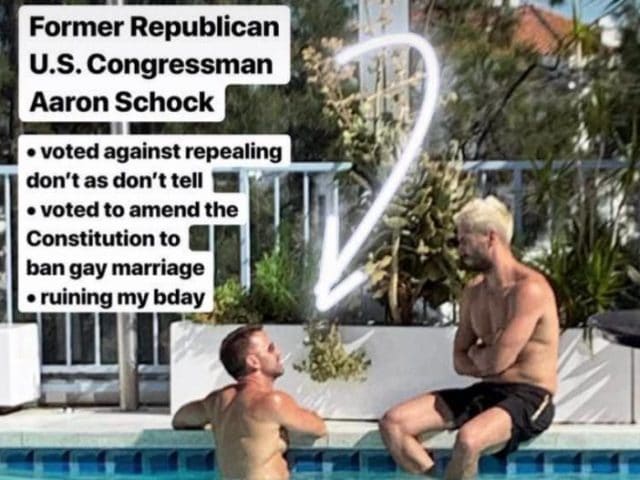 The loathed closet case was accompanied by an attractive speedo-clad young gay man who was on Scruff while they lounged by the pool. Later he was spotted chatting up and ogling another young man.

Schock, who made a splash in the nation’s capital with his clothing choices, Instagram photos, and interior decorating choices, resigned after being accused of illegally using campaign funds to finance his over-the-top lifestyle.

Schock was a reliably anti-gay vote for Republicans, despite the parade of young men who visited his DC apartment, and his outing by journalist Itay Hod in 2014. Hod claimed he had walked in on his male roommate and Schock showering together.

But the former Congressman is back on social media after moving to West Hollywood where’s he’s been spotted doing some of the most stereotypical gay things possible – hanging out in gay bars, posing shirtless with gay fitness junkies, and enjoying quiet dinners with other men.

The casual acceptance of the still closeted lawmaker has irritated many in the community who feel he hasn’t paid his dues for opposing his own equality. Last month, activist James Duke Mason posted photos of Schock with other gay men at the Coachella music festival, posing shirtless and having a grand old time. In a video released by our sister site, Queerty, Schock is shown dancing with another man with his hands down the man’s pants.

Larson, who was celebrating his birthday, told journalist Kenneth Walsh that he did not approach Schock to confront him over his past. 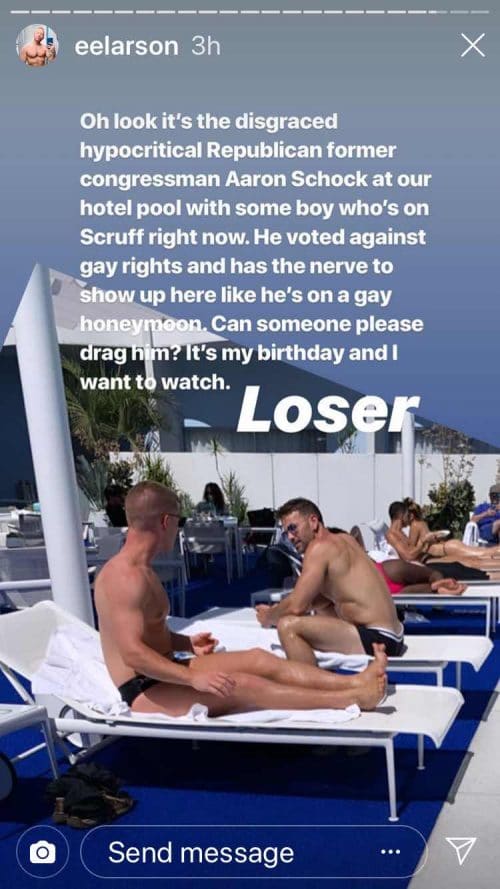 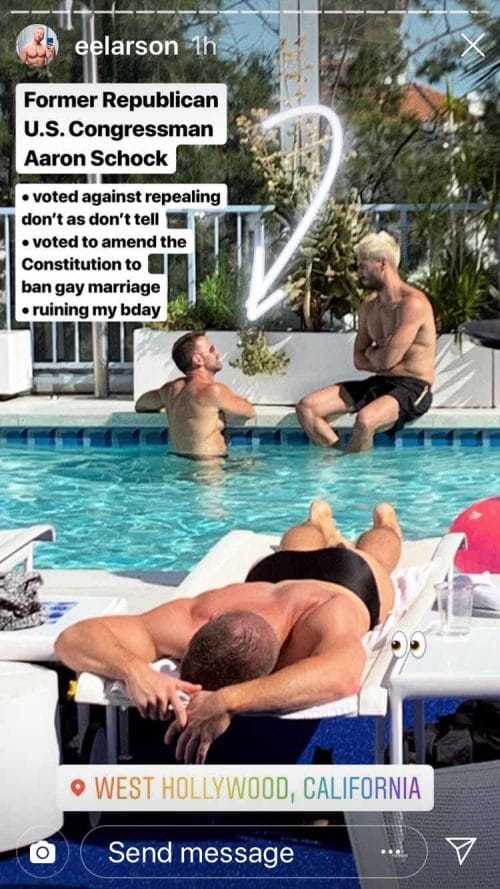