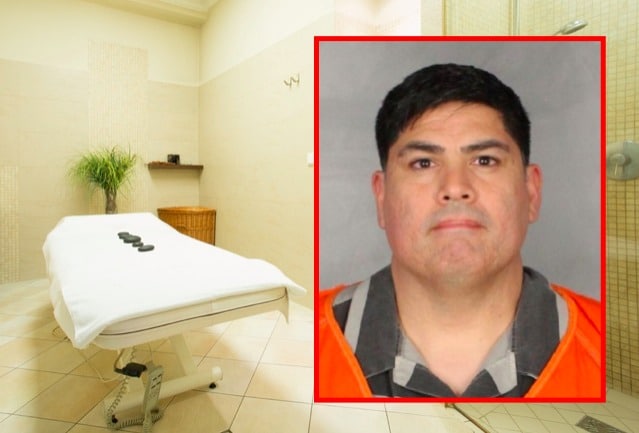 Another day, another antigay pastor caught up in a prostitution scandal.

This time it’s 41-year-old Edward Ignacio Espinosa, who just stepped down from his position as community outreach pastor at Antioch Community Church in Waco, TX after being arrested for allegedly soliciting sex at a local massage parlor.

Investigators found videos of men who paid for sex acts during massages, according to arrest affidavits for the business operator, Chun Yang Zhang, 47, of Austin. She was arrested Dec. 8 on a second-degree felony charge of human trafficking and arrested again Feb. 20, accused of running a third massage business where she forced women to engage in prostitution.

Espinosa has worked at Antioch Community Church for the past eight years, during which he regularly advocated for conversation therapy while preaching about the evils of homosexuality.

He also worked very closely with Senior Pastor Jimmy Seibert, who once said that “homosexuality is a sin” was “Truth No. 1” from the Bible and claimed that 90% of people “in a full-blown homosexual lifestyle” also suffered from physical, sexual, or mental abuse.

When asked for comment on Espinosa, Seibert said: “Ed’s conduct was not only inappropriate but directly against our values and policy as a church and as the people of God.”

He added, “We continue to be committed to helping heal whatever is broken, whether on behalf of the victim or the victimizer, we believe restoration is still possible through Jesus Christ.”

So long as that victim isn’t gay, of course.