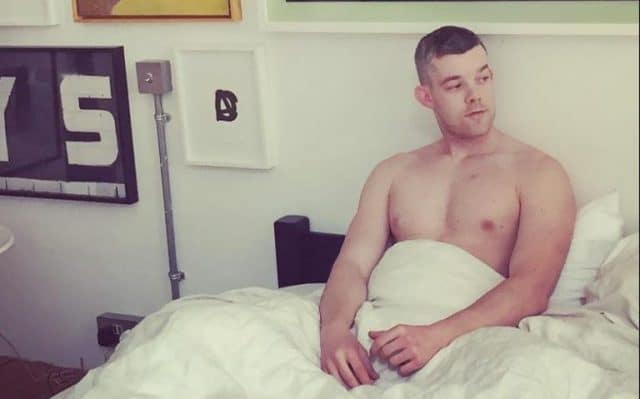 Well, you can thanks to the wonders of Instagram.

Gay Times’ latest cover star gave us all a treat this past weekend with his latest uploaded. Shirtless and in bed, there’s rather a lot of feast your eyes on…

Call it the broad chest or rather impressive artwork on the walls – but we’re sure the latter wasn’t really on your radar until after a glance in that bed. Anyone for a spoon?

Russell joins his Angels in America co-star Andrew Garfield on the cover of Gay Times this month.

Written by Tony Kushner, Angels in America is a complex examination of AIDS and homosexuality in America in the 1980s. 25 years since the National Theatre first staged the play, we’ve its two newest stars on the cover in a world exclusive shoot and interview.

Talking to Gay Times, Russell explains why we should try and understand the impact of what we lost as a community…

“Just think of how many people wouldn’t have died, and how many plays [would have been] written or songs made,” he explains. “A huge wedge of creative people were just wiped out.”

The issue is packed with opinion, travel, style and fitness, as usual, and you can subscribe annually or buy a single issue here.

More information on Angels in America at the National Theatre can be found here.