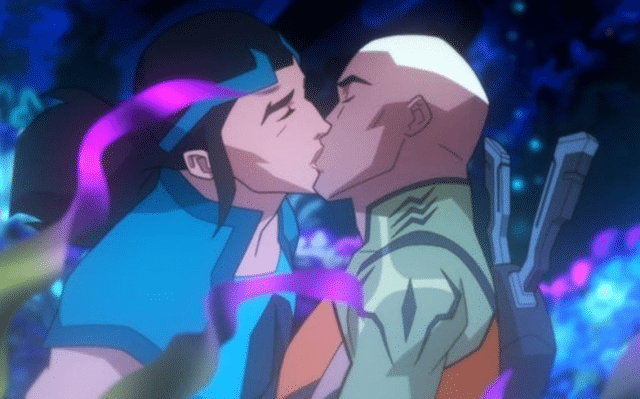 Aquaman has been confirmed to be a member of the LGBTQ community.

In the latest episode of fan-favourite animated series Young Justice: Outsiders, Kaldur-ahm – formerly known as Aqualad, who took over the mantle of Aquaman – was confirmed to be in a relationship with an Atlantean man.

Wynnde, an Atlantean who works with King Orin, approached Kaldur at the end of Tuesday’s episode, titled Quiet Conversations, and exchanged a kiss whilst holding hands with the iconic DC hero, revealing their romance.

The DC Rebirth iteration of the character in Teen Titans was an openly gay teenager with a boyfriend, so it looks like the animated series is following suit. The groundbreaking series also features a non-binary, Muslim hero in Halo.

Shortly after the episode aired, fans praised the series for making Aquaman queer.

“Apparently Aquaman from Young Justice is gay and just had an on screen kiss with another man?” said one fan. “Why aren’t more people talking about this? I don’t even watch the show but this is a huge moment in animation history.” 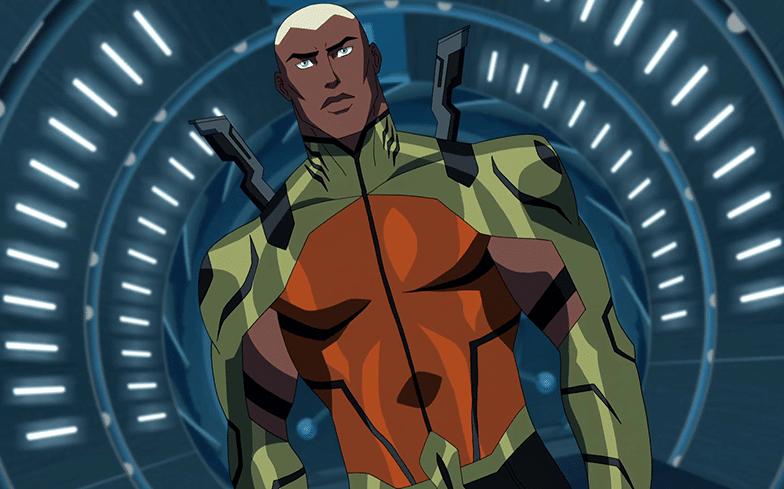 Another wrote: “Just watched the latest #YoungJusticeOutsiders and the Aquaman is gay? A bi racial gay super hero? I LOVE THIS! I’m inspired! Thank you DC for this moment!”

However, there were a select homophobic few who weren’t pleased.

“Why is aquaman gay in young justice,” said Twitter user @Adrii_LinkUp, before adding: “He had a whole girlfriend in season 1. Kmft. Y’all just know to ruin things. Let cartoons be cartoons.” The bi-erasure jumped out…

“Aquaman gay in young justice I don’t mean to sound like a homophobe but please stop making previously hetero sexual black characters gay if this is true,” wrote @ionfollowhoes.

One fan opined that Young Justice is doing “exactly what Marvel cannot do in terms of LGBTQIA+ representation.

“Gay Aquaman is amazing, Halo’s gender journey is great and all the boys mad about it can just die mad about it.”