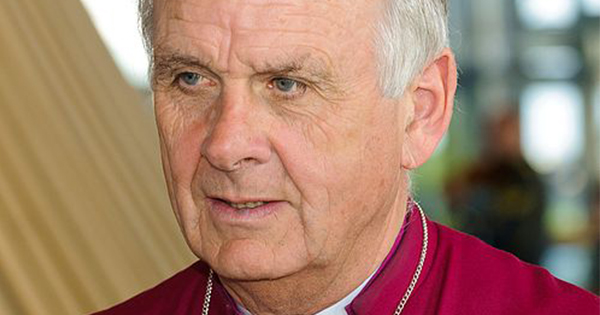 The Archbishop of Wales, Dr. Barry Morgan, used his final address ahead of retirement to the governing body of the Anglican Church in Wales to encourage a rethink of same-sex relationships, saying there is nothing improper about sex in a committed gay or lesbian relationship.

He reminded the members that even Bible passages that seem to harshly condemn homosexuality, such as those detailing the destruction of Sodom and Gomorrah, can be “interpreted in more than one way,” The Telegraph reports. He added that there is no “one settled understanding of what the Bible says” about sexuality, as well as a range of other topics.

He cited a number of Old Testament and New Testament verses in which, he said, there are contradictions on topics as diverse as the status of eunuchs in Jewish society to the use of violence as a form of legitimate retribution.

“What all this shows is that within the Scriptures themselves, there are radical shifts in understanding in what it means to discern the will of God,” he said.

“It absolutely will not do to quote texts from parts of the Bible in a simplistic way without reference to their contexts,” he added.

He also pointed out that in the past churches have radically shifted their stances on issues such as slavery.

“What all this amounts to is that one cannot argue that there is one accepted traditional way of interpreting scripture that is true and orthodox and all else is modern revisionism, culturally conditioned…so taking the Bible as a whole and taking what it says very seriously may lead us into a very different view of same-sex relationships than the one traditionally upheld by the church,” Dr. Morgan said.

“We are not thereby abandoning the Bible but trying to interpret it in a way that is consistent with the main thrust of the ministry of Jesus, who went out of His way to minister to those who were excluded, marginalised, and abandoned by his society because they were regarded as impure and unholy by the religious leaders of his day, either because of their gender, age, morality or sexuality,” he continued.

Dr. Morgan is stepping down in early 2017 after serving for 14 years as Archbishop. Dr. Morgan previously apologized to the gay community on behalf of the church. In a statement, the church reiterated that gay and lesbian people “are fully affirmed as equal disciples” and apologised for “the persecution and mistreatment they have endured at the hands of the Church.”
Source