A disturbed man pulled out a handgun outside Ruby Deluxe in Raleigh.

An armed man was arrested Monday night after spewing homophobic slurs and brandishing a handgun outside a gay-friendly nightclub in Raleigh, North Carolina. 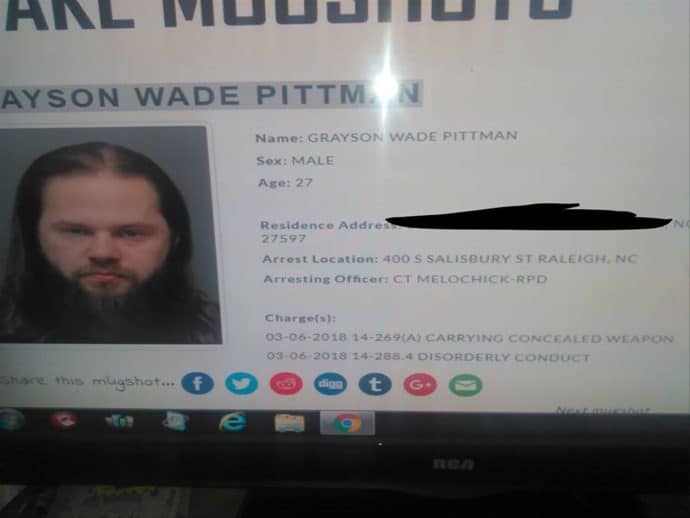 Grayson Pittman was carrying a backpack containing a gun, a knife, and a Taser, when he approached Ruby Deluxe, a two-year-old bar on Salisbury Street. The 27-year-old reportedly got into an altercation with the door man, and pulled his firearm and went on an anti-gay rant after being denied entry. At that point, the staff called police.

The incident on Monday is Pittman’s 12th arrest since 2010. He’s been charged with disorderly conduct and carrying a concealed weapon. North Carolina’s hate crimes statute does not cover sexual orientation or gender identity.