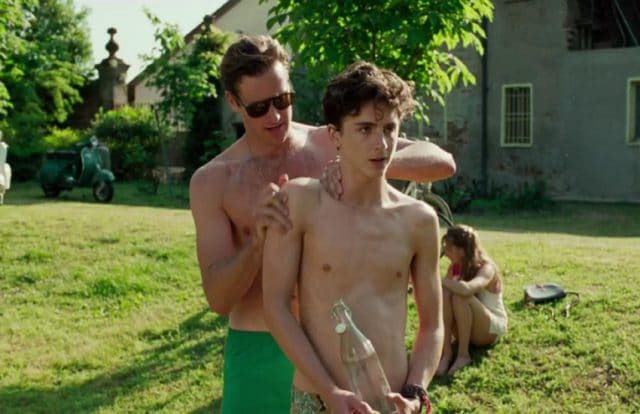 ‘You know you live in a state where the age of consent is 16?’

Armie Hammer has clapped back at a critic of the age gap gay romance depicted in his new movie Call Me By Your Name.
The Hollywood heartthrob stars in the movie as Oliver – a 24-year-old academic who steals the heart of a 17-year-old Italian named Elio.

The film has received critical acclaim. It currently boasts a 96% approval rating on Rotten Tomatoes.

However, not everyone is impressed, with one troll tweeting Armie and saying: ‘Wow, did you act in a film about pedophilia? Are you a pedophile? Do you promote such depravity? I was once a fan. Blech!!’

We dare say the individual in question was not expected the star to write back – but write back he did.

You do know that you live in a state where the age of consent is 16, right….? Ok. Now shut up.

Call Me By Your Name also stars Timothée Chalamet as Elio, and is based on the 2007 book of the same name by André Aciman.

Last month, Armie also called out the 70-year-old actor James Woods for implying the on-screen relationship in Call Me By Your Name is immoral.

Woods, known for his work on Family Guy, said on Twitter: ‘As they quietly chip away the last barriers of decency’, along with the North American Man/Boy Love Association hashtag and a link to another tweet about the film.

Call Me By Your Name will be released on 27 November in the US.