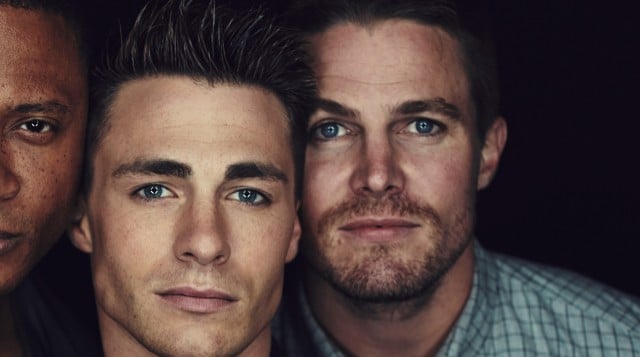 Colton Haynes just came out publicly earlier this month, but it seems that his co-star Stephen Amell had known this before Haynes revealed it to the public.

However, Amell thought it wasn’t his story to tell, and when a fan tried to make him talk about Colton’s sexuality, he refused.

‘A fan three or four months ago at a Comic-Con convention basically tried to bait me into outing him. I got in touch with (Colton) and was like, ‘Hey, man, this happened [and] I didn’t know what to say. I simply deflected and we moved on,’ Amell revealed for E! News.

Haynes retired from Arrow because of his problems with anxiety and Amell totally understood, yet he hopes that his one-time co-star will be back for the series.

“I’ve seen him struggle with anxiety and that’s why he, well certainly one of the reasons why, he left Teen Wolf and he left. When he came back to Arrow this year simply for an episode, it was such a different version of Colton. He and I bonded more. I’m very very happy for him.”

If Haynes decides to go back to Arrow, he will be more than welcome.

‘All he has to do is basically show up and we’ll write him in. He’s a good guy and he’s a good actor…Such a good-hearted gentle loving guy. I’m happy that he’s happy.’