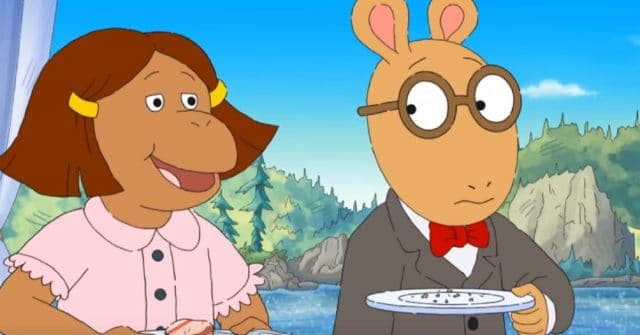 “I’m really proud of that episode. And I will defend it to anybody who wants to talk about it,” Brown, who also serves as executive producer on the cartoon adaptation of his books, told People magazine.

Alabama Public Television refused to show the premiere of the 22nd season of Arthur because it features a gay wedding.

Entitled “Mr Ratburn and the Special Someone,” the episode features the same-sex marriage of Arthur’s third-grade teacher, Mr Ratburn.

Brown, 72, told People: “Why shouldn’t their teacher marry another man? We all know people who are gay, who are trans, and it’s something that is socially acceptable. Why is there this discomfort that it takes a leap into our national media?”

“I don’t want children or people who are different to feel excluded. That’s not the kind of world we want to live in. And we want children to be educated so they can see there’s not just one type of family. Everyone should feel represented. I think we did that with Arthur,” he said.

The Mr Ratburn episode was also slammed by anti-LGBT+ group One Million Moms, which began a petition calling on PBS to “cancel this controversial content immediately.”

In 2005, Alabama Public Television also refused to show an episode of Arthur in which Buster, a rabbit, visited a girl who had two mothers.

That episode was so controversial, PBS and the Department of Education withdrew funding for Arthur. Brown told People he remembered how sad that made him.

“With ‘Postcards From Buster,’ we began that series after September 11, 2001, when we realised we didn’t really understand or know enough about one another,” he said.

“The whole purpose of the show was to depict real families of all kinds — kids living with grandparents, aunts, uncles, etc. And here we had this family in Vermont with two moms, and the kids, when they pulled the episode, they were so upset. The question we got from them was, ‘Why can’t we be on TV? What’s wrong with us?’”

“I have never forgotten how difficult this was and how badly I felt for those children,” Brown said. “Nothing was wrong with them. And we had another chance with Arthur to correct that all these years later.”