WASHINGTON/NEW YORK (Reuters) – Congress and the White House were attempting to broker a deal over how to spend emergency aid to address the migrant surge as lawmakers, private companies and presidential candidates raised alarms about immigrants facing dangerous conditions along the U.S.-Mexico border.

The Republican-controlled Senate passed by an overwhelming 84-8 vote a $4.6 billion spending bill on Wednesday. The Democratic-led House on Tuesday night tied more strings to its approval of the money, setting standards for health and nutrition of migrants in custody after reports they lacked necessities such as soap and diapers.

Now the two chambers are trying to strike a compromise to send to U.S. President Donald Trump.

Trump has made cracking down on immigration a centerpiece of his administration but officials are saying they will run out of money for border agencies soon. Border crossings hit the highest level in over a decade in May, straining resources and creating chaotic scenes at overcrowded border patrol facilities.

The need for funding has become more urgent as attorneys last week called attention to more than 300 children detained in squalid conditions at a border patrol facility in Clint, Texas.

Children are supposed to be transferred quickly out of border patrol facilities and into shelters overseen by the Department of Health and Human Services (HHS).

There are currently 178 children in border patrol facilities who have been there longer than 72 hours, Representative Diana DeGette said she was told by HHS on Wednesday.

Adding to concerns, was a harrowing photo published this week of a Salvadoran migrant and his young daughter that drowned crossing the Rio Grande from Mexico.

Trump has said U.S. asylum laws, which allow those who claim fear of returning to their home countries to seek protection through a U.S. court process, need to be changed to deter migrants from coming. But so far the president has failed to push through any changes in Congress.

Immigration advocates have long complained about inadequate conditions in border patrol facilities, often called “hieleras” – or “iceboxes” – by the immigrants held there because they are so cold.

But the stark images and descriptions of detention conditions has spurred some companies and employees to take action.

On Wednesday, several hundred people, including employees of Wayfair Inc, rallied in Boston to protest the online retailer’s sale of furniture for a detention facility in Carrizo Springs, Texas housing migrant children.

Also on Wednesday, Bank of America Corp said it will no longer finance operators of private prisons and detention centers, joining peers in distancing itself from a sector that has triggered protests over the Trump administration’s immigration policies.

U.S. Immigration and Customs Enforcement (ICE) typically detains adults who have been arrested in the interior of the United States or arrested at the border, and contracts with private companies like CoreCivic Inc and GEO Group Inc, the two major private prison operators in the United States. Bank of America has underwritten bonds or given syndicated loans to both companies.

Private detention centers account for about two-thirds of people held by ICE, S&P Global Ratings estimated last year, and activism against the financing for the companies has increased amid tightening Trump administration immigration policies. 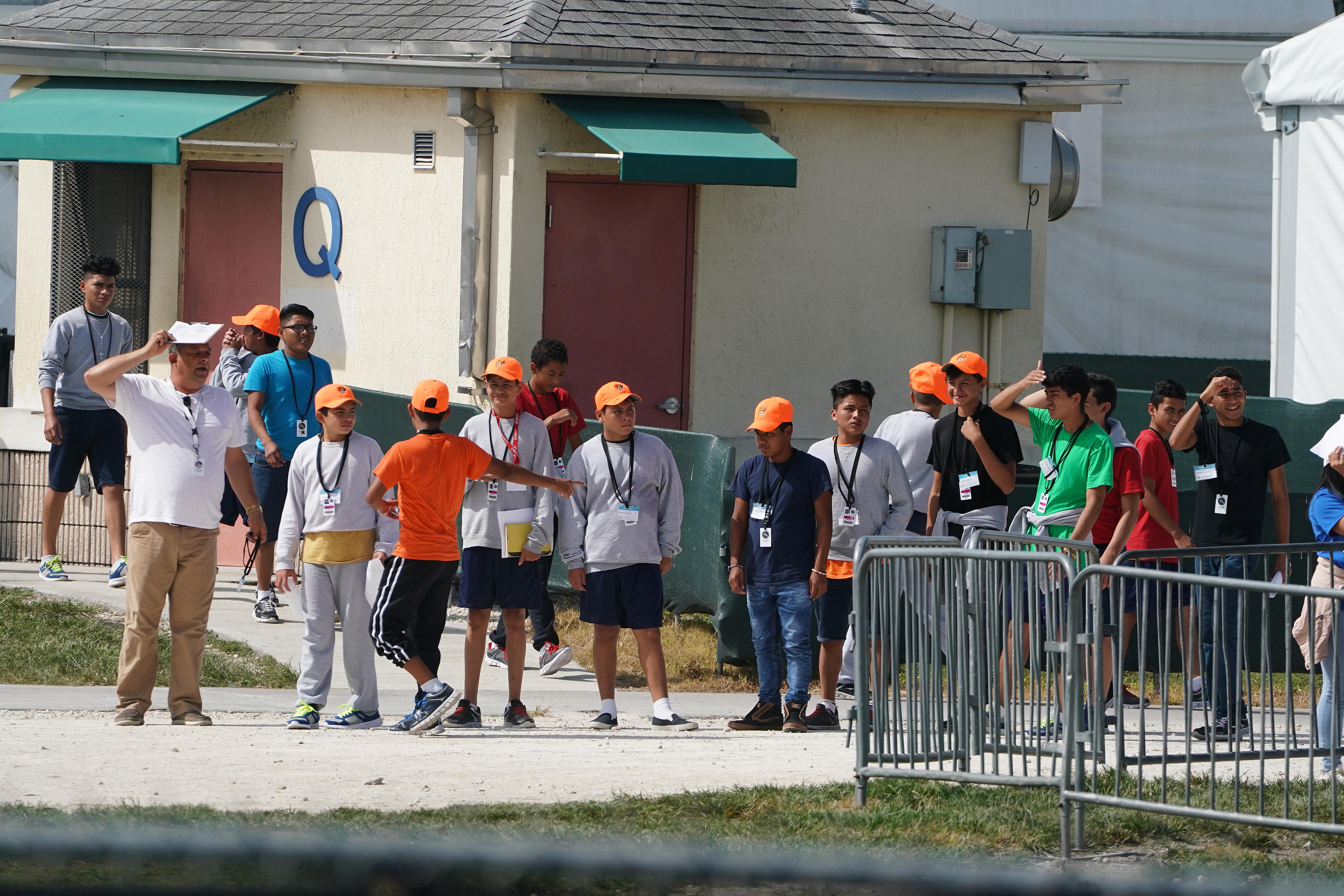 With younger and younger children crossing the border and being held for longer periods of times, the issue is becoming a flashpoint of debate ahead of the 2020 presidential elections.

Immigration advocates have said the Homestead facility, which houses more than 2,000 teenagers apprehended at the border, does not meet basic safety and wellness standards.