Home Gay Life As the world celebrates Pride, we must remember the riots that spurred... 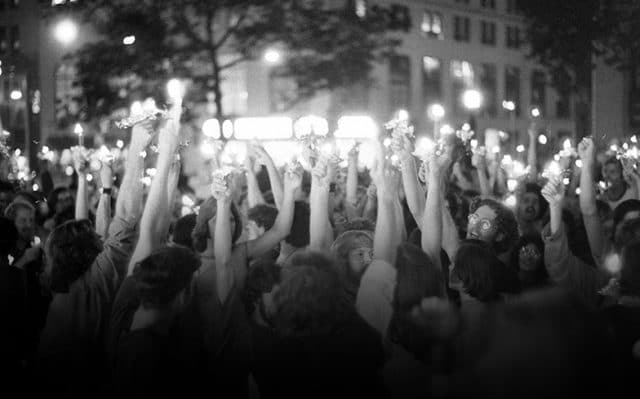 It was routine in the 1960s for bars like the Stonewall Inn to be raided. But no-one knows for sure why it was on that particular night that the patrons, largely made up of the most marginalised people within the LGBTQ community, chose to fight back. Whatever the reason, the police were caught off guard and the protests continued for several more nights.

In the aftermath of the riots, activist organisations like the Gay Liberation Front and Gay Activists Alliance were formed and newspapers specifically calling for LGBTQ rights began publishing. On the anniversary of the riots in 1970, the first ever Pride marches were organised, including the Christopher Street Liberation Day parade, which grew and spread rapidly in the years following. And the events of those summer nights 50 years ago have stood as a symbolic call to arms for LGBTQ people ever since.

The Stonewall Inn is still there and has been preserved as a national landmark since 2000 – although to be honest it is a bit of a tourist trap nowadays. But when I was in the city in the spring, I went to the New York Public Library because I wanted to see their ‘Love & Resistance: Stonewall at 50’ exhibit. It is made up of images from two photojournalists, Kay Tobin Lahusen and Diana Davies, who captured important moments of the LGBTQ movement in the 1960s and 70s, as well as fascinating leaflets, flyers, posters and other materials from the pre- and post-Stonewall eras. 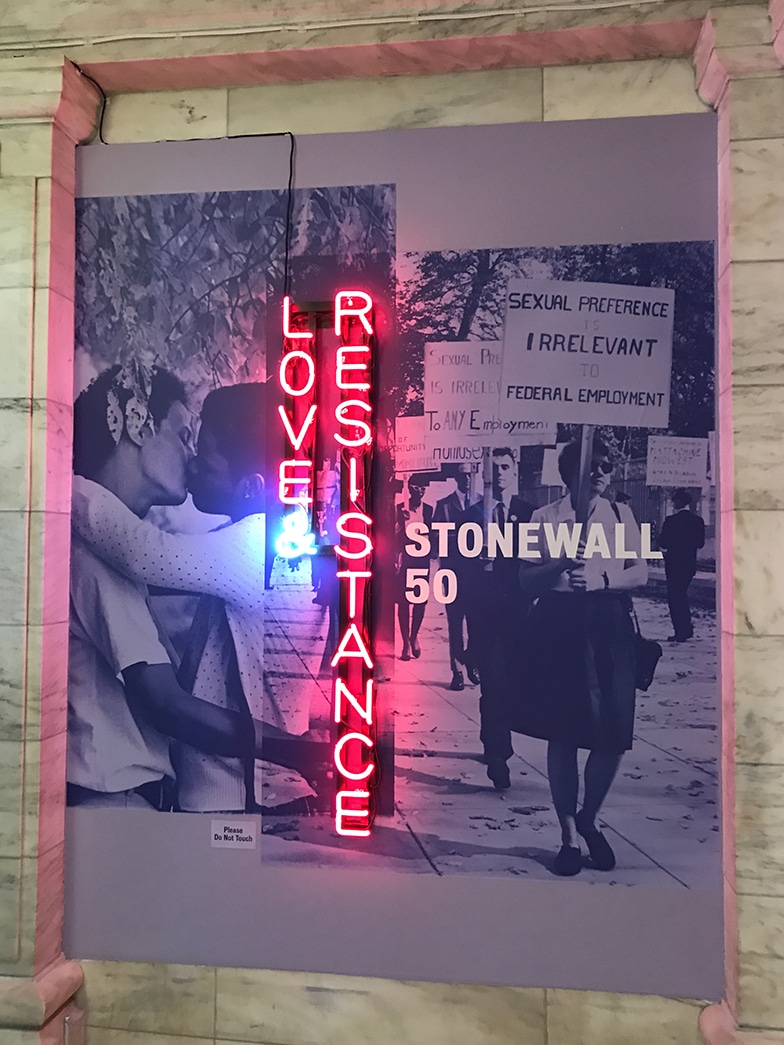 The exhibition charts how the modern campaign for liberation actually began well before the Stonewall riot, including images of smartly-dressed activists marching on the Pentagon in 1965 and the famous 1966 ‘sip-in‘, as well as protests I knew much less about such as the Compton’s Cafeteria riot in San Francisco in 1966 and the Black Cat Tavern protests in Los Angeles in 1967. It shows how members of organisations like the Mattachine Society and the Daughters of Bilitis created new forums for LGBTQ people to organise as well as spaces by and for the community rather than the bars which were then often run by organised crime.

There are too many, often unsung, heroes to mention included in the exhibition but, if you don’t know them already, we should all take a moment during Pride season to celebrate Barbara Gittings, Frank Kameny, Dick Lietsch, Marsha P Johnson, Sylvia Rivera, Ernestine Eckstein, the Rev Robert Wood, Vito Russo, Craig Roswell, Randy Wicker and Dick Michaels to name just a few. In standing up and protesting, at a time when homosexuality was still classified as a mental illness, those who did so risked their safety, their livelihoods and their families. We have much to thank and remember them for.

And there’s always more LGBTQ history to learn. For example, I didn’t know that two men, Michael McConnell and Jack Baker, obtained a marriage licence in Minnesota in 1971 and were actually married in 1972 but that the courts refused to recognise their marriage – a precedent that was not overturned in the US until 43 years later. Best of all, Michael and Jack are still married!

The exhibition’s fascinating leaflets, newsletters and flyers also illustrate how many of the arguments at the very start of the modern movement (are parades primarily a celebration or a protest; how to ensure that no section of the LGBTQ community is left behind, and what is the most effective route to secure freedom) are exactly the same as those we are still wrestling with today. 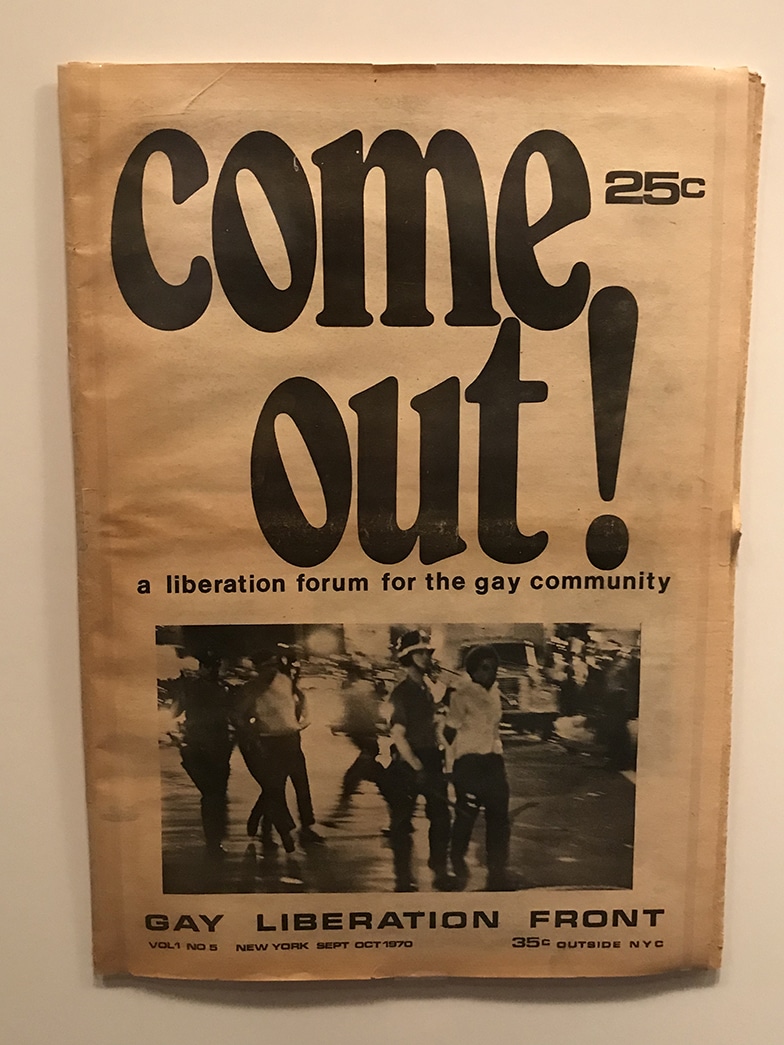 And the exhibition also has its lighter moments. One of my particular favourites, decades before RuPaul’s Drag Race brought drag into mainstream culture, being the flyer promoting ‘Introduction to Pout’, ‘Seductive Brow’ and other makeup classes offered in 1969 at Miss Finley’s on the Hudson.

So as this year’s Pride events continue to unfold across the UK and the rest of the world – see for example the brave and inspirational 8,000 who attended Kyiv Pride in Ukraine just this weekend in defiance of attempts to intimidate them – this is a good week to remember the riots that spurred on the campaign for freedom. I‘m proud that Barnardo’s, the leading children’s charity in the UK, will be at many of those events, supporting the community and talking about the work we do with LGBTQ children and young people, their families and schools to help them realise their full potential. We’ll be the ones in bright green – come and say hello if you see us!

Because, to quote from writer Roxane Gay’s introduction to the exhibition catalogue, “we [the LGBTQ community] thrive because we resist, but also thrive because, at our best, we live joyfully”.