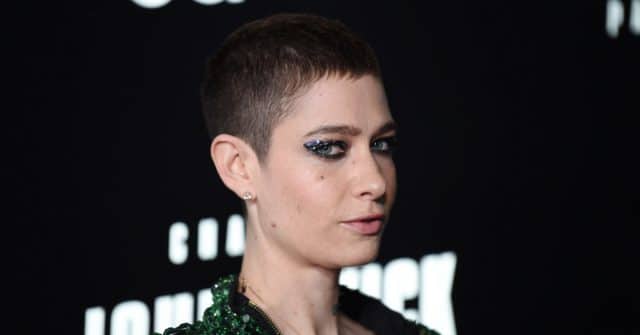 Non-binary actor Asia Kate Dillon proposed that their character in John Wick: Chapter 3 – The Parabellum should be a non-binary person.

Dillon, who plays The Adjudicator in the latest installment of action series John Wick alongside Keanu Reeves, said that the character was originally written with either he/him or she/her pronouns, before Dillon suggested making them non-binary.

“I went in, met with Chad [the John Wick director Chad Stahelski],” Dillon said in a New York Times interview. “And I said, ‘We have a real opportunity here, I’m a non-binary actor, there’s no reason that this character has to be a non-trans person, let’s make them non-binary.’”

“Keanu Reeves had the idea for a character who wasn’t going to take up physical arms in this movie, who had a different kind of power, a quiet power,” Dillon, who also plays non-binary character Taylor in Showtime series Billions, said.

Dillon also stressed that they want to see acting become more gender fluid, with more roles available outside of the gender binary, and that this is something they’re working on.

“If it takes 20 years, I have personally failed,” they said. “Not that I’m taking that whole responsibility on myself, but that is work I’m specifically engaging in. So yes, it’s going to happen soon.”

Dillon has previously credited their role on Billions with helping them to understand their own gender identity.

“From a young age, I knew that I wasn’t a boy or a girl, but I certainly didn’t have the language for it,” they said on Late Night with Seth Meyers on March 14.

“Nor did I have any representation either of a real person or a fictional character who was non-binary but hadn’t changed their body.”

John Wick: Chapter 3 – The Parabellum is in UK cinemas now.