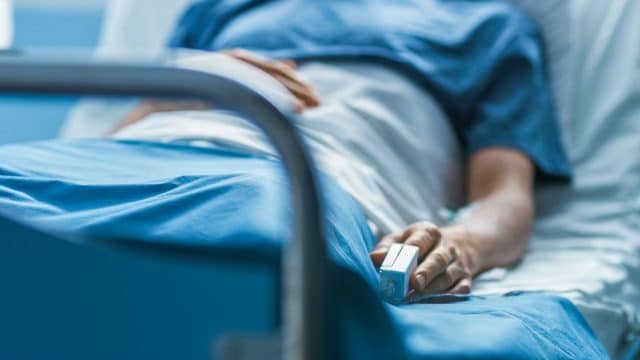 His loved ones say 28-year-old Trevor Gray isn’t actually gay, but “it wouldn’t matter if he were.”

A 28-year-old man in Mississippi was brutally beaten up because his assailants thought he was gay.

According to the Mississippi Clarion Ledger, Trevor Gray, who’d recently moved back to his home region of Wayne County, went out to a local bar in hopes of making new friends last week. His Friday night took a turn for the worse when two fellow patrons—Landon McCaa, 32, and Toman Sion Brown, 28—invited him back to their house when the bar closed at 2am.

There, they proceeded to brutally attack him, and Gray ran away from the house bleeding and injured.

USA. Trevor Gray was beaten so severely his jaw was broken in two places. His family believes the 28-year-old was beaten because his attackers thought he was gay. https://t.co/SgkMLKiv1o

According to Trevor’s brother, Cruz Gray, Brown called Trevor “queer” while beating him up. McCaa and Brown have both been slammed with felony assault charges, though police haven’t ruled out the possibility of a hate crime investigation. (Brown reportedly blamed the incident on a “feud,” while McCaa claimed it was because he’d “been drinking.”)

“[Trevor] is not gay, but it wouldn’t matter if he were,” Cruz told the Clarion Ledger. “No one deserves for this to happen to them.”

According to Cruz, Trevor’s outgoing personality and signature smile cause him to stick out in the South—and might’ve contributed to a hate-motivated attack. Cruz added that the violent attack “couldn’t have happened to a nicer person.”

Trevor is still in recovery from his injuries, which include breaks in his jaw in two places. But he’s remaining optimistic and holding out hope that sharing his experience far and wide could help somebody else.

In a statement to the Clarion Ledger, he wrote, “My mouth will be wired up for the next several weeks, so if you see me and I don’t smile, know that I’m smiling on the inside. Most importantly, believe in the good, give someone a hug, and stay positive.”

Mississippi is home to some of the most wide-sweeping anti-LGBTQ state laws in the country, including House Bill 1523, which permits doctors, lawyers, and teachers to discriminate against queer people on religious grounds—and became law in 2017. As recently as February 2018, residents of Starkville, Mississippi, were shocked when the small town’s first-ever Pride parade was banned.