Home Gay Stars Austin Armacost comes out as asexual: ‘I am like a nun in... 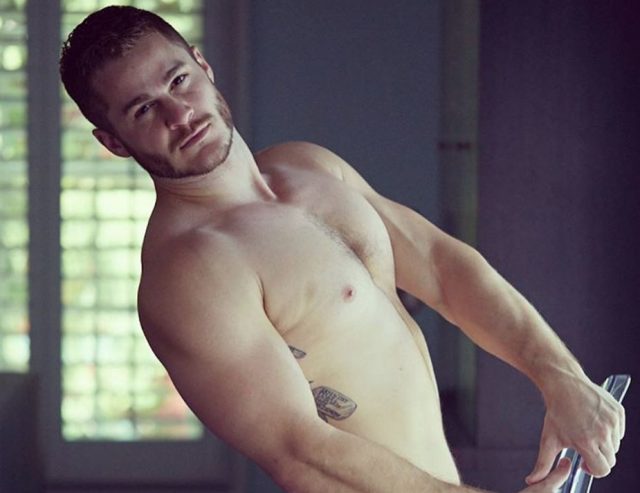 Austin Armacost, hunky star of Celebrity Big Brother, reveals that he’s actually not as sexual as everybody thinks — in fact, he’s a ‘very asexual person.’

The 28-year-old American model is currently on the All Stars season of CBB, which welcomes contestants from past seasons back into the house.

Armacost appeared on the reality show in 2015, where he got real intimate with The Apprentice UK star James Hill.
That season concluded with Hill as the winner and Armacost as first runner-up.

Armacost, who separated from his husband Jake Lees last year, described himself as a ‘very asexual person.’

‘I am probably in all honesty the least sexual people you will ever meet,’ he said. ‘As much as I love getting my kit off and showing my bum everywhere, I am like a nun in bed.’

He went on to share with West about his dating life after the divorce, which involved getting the quintessential, Grindr.

‘I don’t normally do dating apps,’ he said. ‘I broke down and got Grindr after my split. I did it because I was bored.’

But Armacost clarified that he’s not into hookups.

‘I never met anyone at night,’ he continued. ‘Well, I met a few. But they were dates. I don’t do that no strings attached thing, you know “come on over, dump your load and go” kinda thing.’

‘I am not going to go out with someone and have sex with them,’ he added. ‘Even after a fourth or fifth date – that’s not what I want. I want a nice man! It has little to do with physicality.’

Armacost explained that he’s more into personality than a rock-hard body similar to his.

‘It has a lot to do with them as a human being. I have met lovely single guys who are fit as f*** who I am not interested in.’

He added: ‘And then I have met men who don’t have the best bodies and I am enthralled by them. Intelligence intrigues me. Laughing intrigues me.’