Home Gay Stars Austin Armacost hides his face, but leaves his bum on show, in... 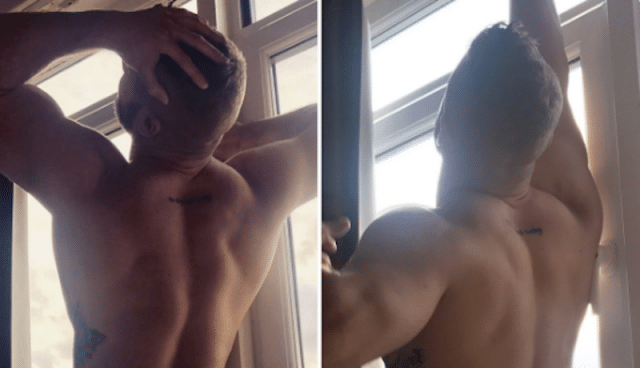 Does he even wear trousers at this point?

Austin Armacost is at it again, ‘it’ being showing off his butt on social media.

The former Celebrity Big Brother star is rarely clothed in his Twitter and Instagram output, but he’s taken his exhibitionism to the next level with his latest set of snaps.

He took to Twitter yesterday to post a couple of pictures of him wistfully looking out the window, completely naked. You know, just a regular Sunday afternoon …

The tweet, posted without a caption, is entirely without context. Come on Austin, at least try and pretend it’s not just a thirst trap?

Last month Austin celebrated ‘Hump Day’ with a collection of his most revealing images.