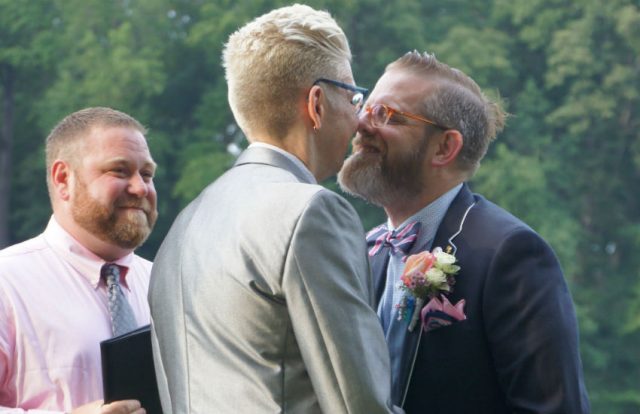 92.6% of LGBTI survey respondents are against civil celebrants being exempt from performing same-sex marriages due to religious convictions

When asked if civil celebrants should be exempt from marrying same-sex couples, an overwhelming 92.6% of respondents disagreed.

But when asked if religious ministers should be exempt from the same, respondents were more lenient with 60% disagreeing.
Civil celebrants are not tied to religious affiliations so should be willing to conduct non-religious marriage ceremonies – same-sex or otherwise.

Should religious institutions have the right to discriminate?

The survey comes about after the proposed introduction of a bill in October last year that would make it legal for marriage celebrants to be exempt from performing same-sex ceremonies.

It also proposes exemptions for religious organizations that provide wedding services, like renting out a Catholic school.
While Australia currently does not have any marriage equality laws, section 47 of the Marriage Act specifies that ministers of religion have no obligation to wed any couple.

But this does not apply to civil celebrants.

‘We completely support the existing provision of the Marriage Act that allows religious freedom for clergy, but we draw the line at proposed provisions that target same-sex couples and treat us differently to other couples,’ Croome said.