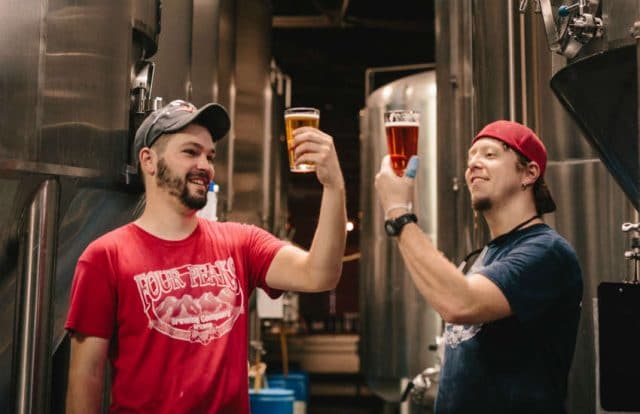 An Australian brewery apologized for sharing a homophobic meme on their Facebook page.

Southern Bay Brewery Co., based in Victoria, deleted the meme within an hour of posting it on Monday night (3 May).

The post pictured a photo of a Victorian boxer with the words ‘Non-alcoholic beer – you mean gay lemonade?’ written over it. 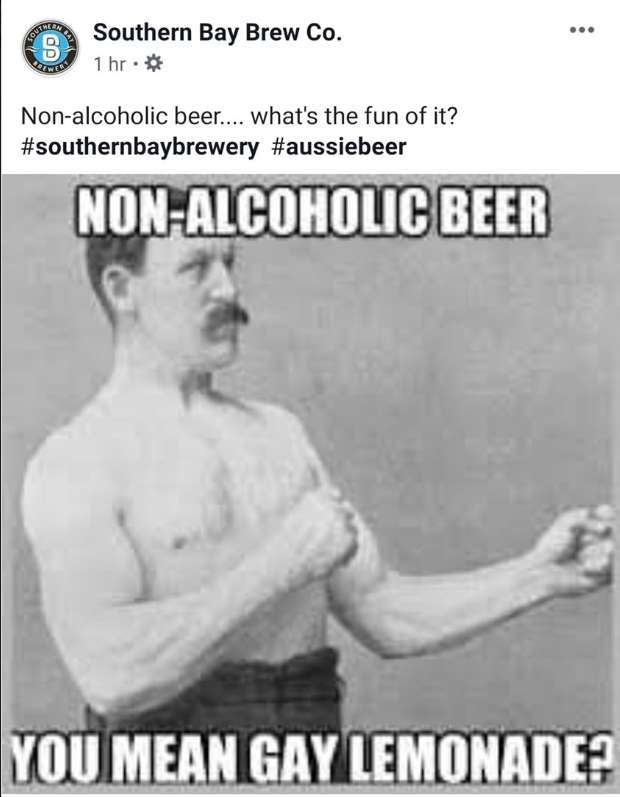 However, after a massive backlash on social media, the company deleted the meme. They also wrote a full apology on their page.

The director of Southern Bay Brewery wrote: ‘Apologies to all that were offended by an earlier post. This was posted without any thought whatsoever and no offence was intended. I apologize unreservedly.

‘The post has since been deleted and we will be more careful selecting our posts in the future. 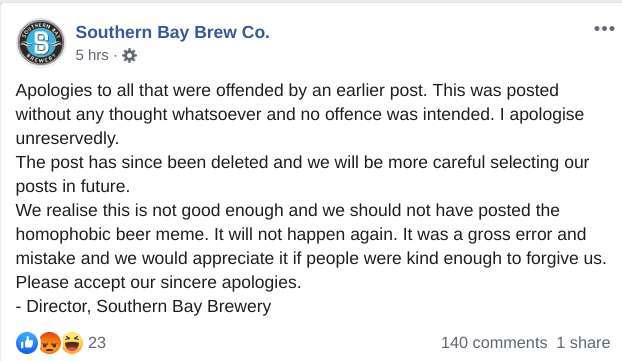 ‘We realize this is not good enough and we should not have posted the homophobic beer meme. It will not happen again. It was a gross error and mistake and we would appreciate it if people were kind enough to forgive us.

Some people did not find the apology acceptable. One commenter said: ‘Not remotely acceptable!!! its 2019!!! This is a brilliant industry with amazing and diverse people in it and supporting it.

‘What an absolute disgrace. You have tarnished its reputation and yet again we are reminded that this bullshit still exists.

‘Another dark day that a brewery makes good people feel like shit. And you can shove your ‘all that were offended’ apology too.’

Other people thought LGBTI people offended by the post were too sensitive. One person added: ‘It’s such a pity that so many people are so precious nowadays.

‘If the easily offended people put as much effort into solving world hunger as they do in being offended on the internet no person would ever go hungry again.’