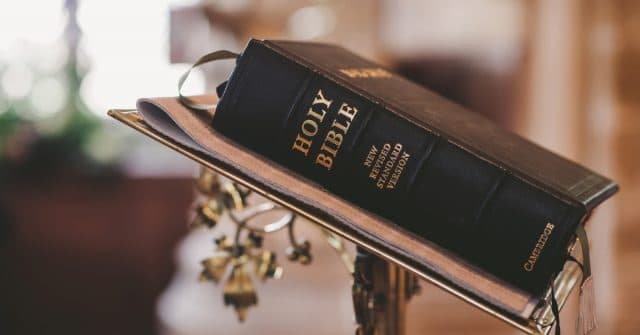 According to Brisbane newspaper the Sunday Mail, elite Catholic schools including All Hallows, Stuartholme and Loreto College are avoiding words like “father,” “son” and “Lord” in prayers and teaching.

Stuartholme girls’ school has adjusted prayers and hymns to replace the word “himself” with “Godself.”

A spokesperson for Stuartholme said: “As we believe God is neither male or female, Stuartholme tries to use gender-neutral terms in prayers…so that our community deepens their understanding of who God is for them, how God reveals Godself through creation, our relationships with others and the person of Jesus.”

Stuartholme is one of the Brisbane schools introducing gender-neutral language for God. (stuartholmeschool/ Instagram)

Andrea Dean, director of the Catholic Office for the Participation of Women, told theSunday Mail she was “thrilled” about the schools practicing gender-neutral prayer.

“It’s terrific that they’re sensitive to the implications of how God is named. God is not of any gender. In the times the scripture was written [Lord and Father] were terms of honour – most of the terms of honour were related to men,” she said.

Australian Christian lobbyist Lyle Shelton responded to the news saying: “This is further evidence of the agenda of those who sought to ‘de-gender’ marriage – now they want to de-gender religion.

“In Christian theology, God expresses himself as a father in the male gender. The scriptures clearly explain God to us as a father.”

Last year the Archbishop of Canterbury said in a speech that God was gender-neutral.

“God is not a father in exactly the same way as a human being is a father. God is not male or female. God is not definable,” said the Archbishop in his 2018 speech at St Martin-in-the-Fields church.