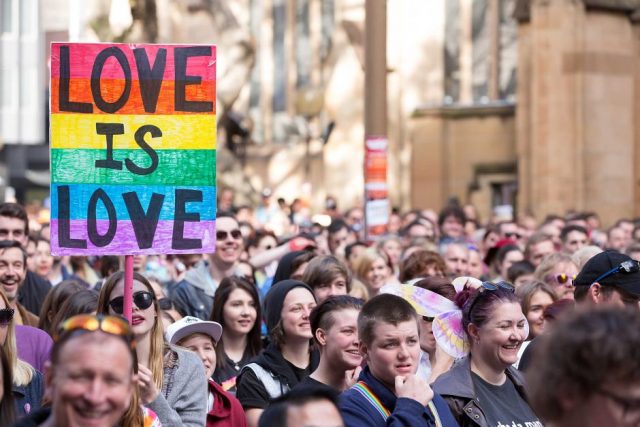 Mayor Darcy Byrne has announced that he would like to make same-sex marriages free if Australia decides to legalize them.

Darcy Byrne just recently won his mayoral seat with the Inner West Council, a local government council in control of the inner western region of New South Wales in the city of Sydney, Australia.

Just days after that win, Cr Byrne in a Facebook Live session made the announcement saying that he will use council resources to help same-sex couples.

“We have one of the largest and proudest LGBTQI communities in Australia and the inner west must lead the national charge for civil rights,” he said.

“I will ask that our newly elected councilors formally endorse a recommendation that we make our facilities available for same-sex marriage celebrations, and that we actively invite and welcome couples wanting to use our halls.”

“On the day that this country finally accepts that love is love, I want couples to know that the inner west will welcome them with open arms if they want to celebrate their marriage in our public facilities,” he added.

Despite how nice this may sound at first, there are problems with this announcement.

Even if its only for the first 100 days, giving a free venue to only same-sex couples contradicts the equality in Marriage Equality. People could sue for discrimination and quite frankly they could have a case.

It seems that Byrne has bitten more than he can chew, gotten too excited with his recent win, and made a few unfortunately worded promises.

While his attempt was nice and kindhearted, it ultimately could be offensive to the very idea of inclusion and become a legal strain. Byrne might want to check the legality of his promises.