Good on you, mate.

We’ve reported on some of the ugliness that’s been stirred up as Australia readies to vote on the issue of same-sex marriage. But there have been some sweet moments, too: Like retired rugby player Andrew Johns kissing ex-teammate Billy Pedan.

Johns, formerly captain the Newcastle Knights, posted an Instagram of the smooch this week, with the caption “2 boys from Cessnock will be voting yes. Ha ha, sorry Bill.”

Response to the photo was mixed. “Thanks for making a public statement, and especially in such good humor,” wrote one commenter. “We’ll remember this. I hope this changes some minds.”

But another declared “Calling something marriage does not make it marriage. Marriage has always been a covenant between a man and a woman which is by its nature ordered toward the procreation and education of children and the unity and wellbeing of the spouses.” 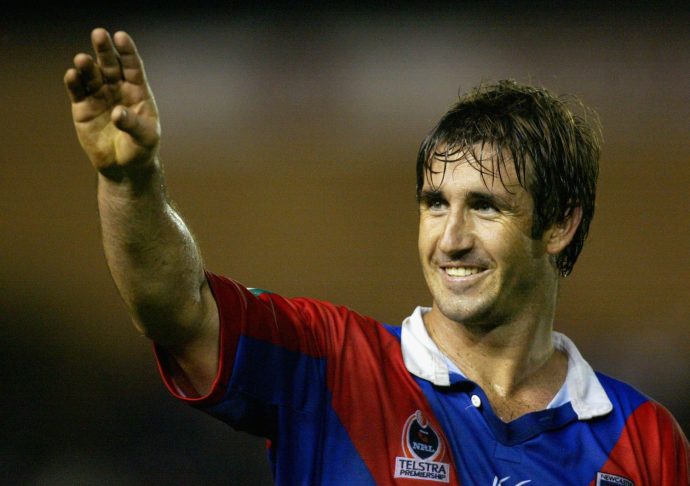 Johns, who left the sport in 2008, was named the greatest rugby player of the last 30 years by Rugby League Week. But he’s not the only one to address the issue: Both the Australian Rugby League and Australian Rugby Union have declared their support for marriage equality. But Israel Folau of the NSW Waratahs has come out publicly against same-sex marriage.

I love and respect all people for who they are and their opinions. but personally, I will not support gay marriage.✌❤?