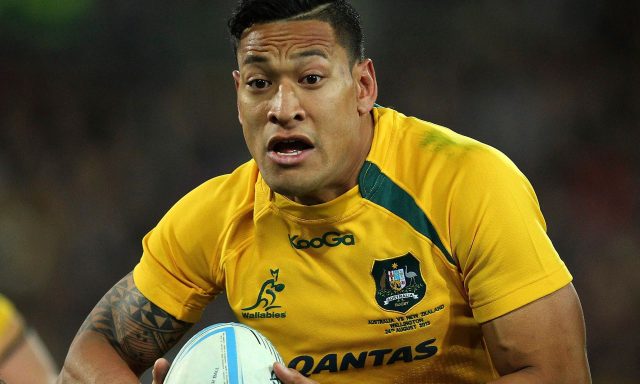 Australian rugby superstar Israel Folau is under fire after replying to a follower in an Instagram post who asked, “what was gods plan for gay people?”

In the comments section of the post, Folau, who plays for New South Wales Waratahs, replied, “HELL.. Unless they repent of their sins and turn to God.” 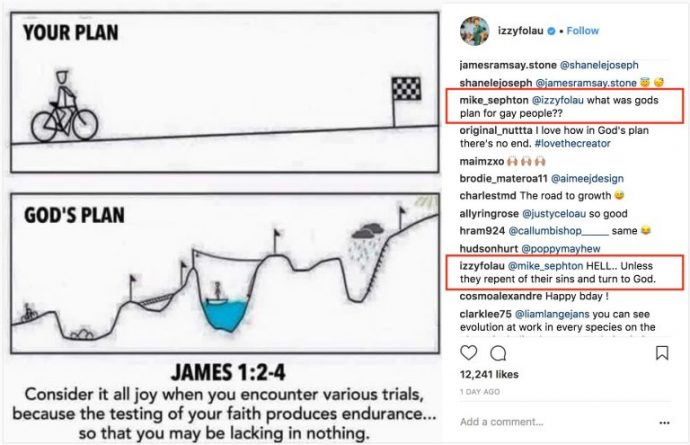 Folau, a devout Christian raised as a Mormon who converted to the Assemblies of God fellowship with his family in 2011, made headlines last September during Australia’s debate over same-sex marriage, when he tweeted, “I love and respect all people for who they are and their opinions. but personally, I will not support gay marriage.”

I love and respect all people for who they are and their opinions. but personally, I will not support gay marriage.✌❤?

Rugby Australia’s inclusion policy states: “Rugby has and must continue to be a sport where players, officials, volunteers, supporters and administrators have the right and freedom to participate regardless of gender, sexual orientation, race or religion and without fear of exclusion. There is no place for homophobia or any form of discrimination in our game and our actions and words both on and off the field must reflect this.”