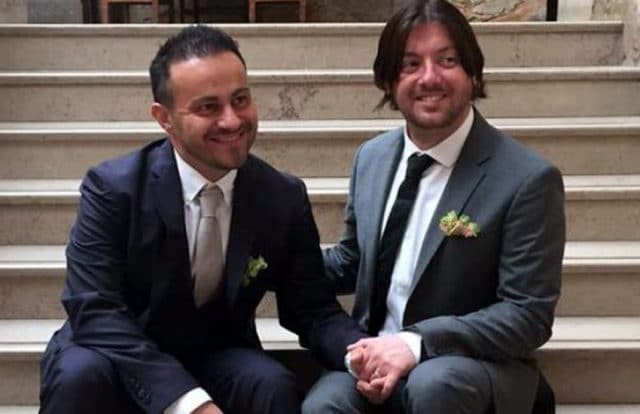 ‘From now on, no spouse will have to face the indignity of having their relationship denied.’

The changes to the law happened after UK citizen David Bulmer-Rizzi died on his honeymoon in South Australia in 2015.

His husband Marco Bulmer-Rizzi was initially not recognised as Marco’s husband on his death certificate. This led to practical difficulties organising funeral arrangements and other sensitive matters at a time of great distress.

‘Same-sex partners can be rendered invisible at the worst of times – when their beloved partner or spouse passes away,’ they said.

‘These changes provide legal certainty for same-sex couples married overseas to know that their relationship will be recognised on their loved one’s death certificate in South Australia.

‘From now on, no spouse will have to face the indignity of having their relationship denied.’

The new law also introduces a relationship recognition scheme for de facto couples regardless of their gender. The scheme would be similar to a civil union.

De facto couples and same-sex couples married overseas will now be recognized in every Australian state and territory except for the Northern Territory and Western Australia.

‘These improvements give same-sex couples the comfort and security of knowing their relationship is recognised in South Australia, and the registration scheme removes any need to ‘prove’ your de facto relationship in times of stress such as at hospitals or aged care homes,’ Carnie said.

South Australia is the third state or territory in Australia to specifically protect intersex people from discrimination. Only Tasmania and the Australian Capital Territory have similar protections.

Tony Briffa, Co-executive Director of Organisation Intersex International Australia (OII) said it supported laws to prevent discrimination against intersex people. But was concerned the reforms did not go far enough.

‘It means religious institutions may be able to discriminate against people for being born with a biological intersex variation,’ Briffa said.

‘It is our hope that governments in Australia introduce laws that will genuinely protect the human rights of intersex people, including ensuring that we are not subjected to unnecessary hormonal and surgical interventions without our consent.’