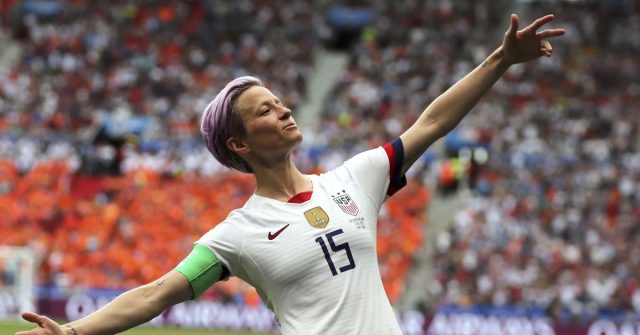 The queens of women’s soccer held onto their crown Sunday, defeating a formidable Netherlands team 2-0 to secure America’s fourth Women’s World Cup championship. The win makes the U.S. the first team to win back-to-back Women’s World Cup titles since Germany did so in 2003 and 2007.

New York City announced it will honor the women with a ticker tape parade in Manhattan’s Canyon of Heroes on Wednesday.

To our 2019 World Cup Champion @USWNT: you have inspired the entire country — and New York City knows how to celebrate champions. We’ll see you Wednesday at 9:30 AM for the Ticker Tape Parade down the Canyon of Heroes. #OneNationOneTeam pic.twitter.com/bwCEoJYg3r

The record-breaking nature of the 2019 final began before the opening whistle ever blew. The match was the second to feature two female managers in a Women’s World Cup final: American manager and out lesbian Jill Ellis and The Netherlands’ Sarina Wiegman.

The match pitted the two teams with the most LGBTQ representation in the World Cup field. And they stepped up at pivotal times for both sides, including the return of star forward Megan Rapinoe to the starting lineup after sitting out America’s semi-final victory over England with a hamstring injury.

The Dutch squad’s casting as an underdog against the Americans proved a disservice to the current European champions. A switch to a 4-4-2 defense, adding out defender Danielle van de Donk to the defensive line, and well-timed counters kept the U.S. at bay, holding them scoreless in the first half for the first time in the tournament. The American side had scored in the first twelve minutes of its previous six World Cup matches.

The U.S. wasn’t without their chances though. Both Alex Morgan and Julie Ertz got chances off multiple Rapinoe corners but nothing got past Dutch goalkeeper and eventual Golden Glove winner Sari van Veenendaal.

The Dutch’s best chance at taking the lead ahead of halftime came from a Sherida Spitse free kick that couldn’t find its mark. They wouldn’t put a shot on goal until the 77th minute.

A Rapinoe penalty kick broke the 0-0 deadlock in the 61st minute after Morgan caught a high boot in the box from Dutch defender Stefanie van de Gragt. The foul wasn’t initially called on the field but the penalty was awarded following a VAR review. The goal, her 50th in international play, made Rapinoe the oldest woman to score in a Women’s World Cup final and earned her the tournament’s Golden Boot.

The United States beats the Netherlands to win the World Cup for a fourth time! pic.twitter.com/jerCoutXSd

Rose Lavelle followed up Rapinoe’s conversion with a strike from the top of the box that put the U.S. up 2-0 in the 69th minute. Lavelle’s goal raised the team’s tournament total to 26, a Women’s World Cup record.

The final minutes were more about appreciation for the stellar American squad. Rapinoe exited to a standing ovation in the 79th minute. Rapinoe even took the time to visit with her family in the stands before the final whistle blew.

Ali Krieger and Carli Lloyd, stars of the U.S.’s 2015 World Cup champion side, came on in relief to applause.

Rapinoe received the Golden Ball, awarded to the tournament’s most outstanding player, before the medal ceremony. Lavelle and Morgan added to the team’s award haul, taking home the Bronze Ball and Silver Boot respectively.

The fourth might have been the hardest to win, but it also proved to be the most high profile and cathartic, evidenced by Rapinoe and crew’s tearful jubilation when raising the World Cup trophy. 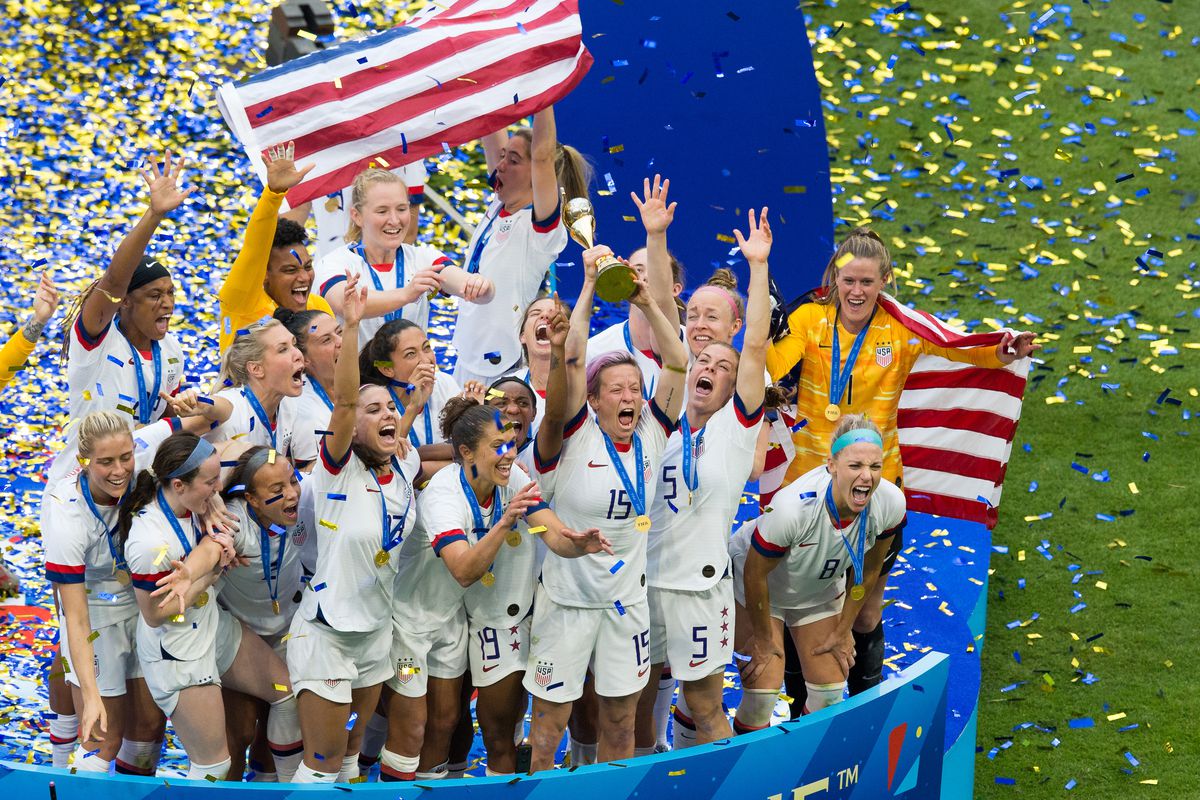 Megan Rapinoe of USA lifts the winners trophy and celebrates with team mates after the 2019 FIFA Women’s World Cup France Final match between The United States of America and The Netherlands at Stade de Lyon on July 7, 2019 in Lyon, France.Photo by Craig Mercer/MB Media/Getty Images

The team’s battle for equal pay and treatment will continue on after long after the celebration ends, but the victory stands as the latest in a long line of statements on and off the field that support their fight. America stands atop the women’s soccer world once again.