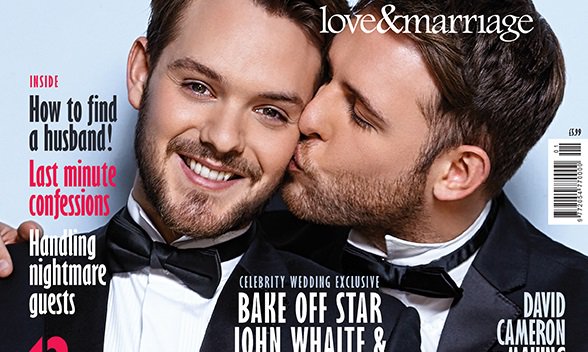 John Whaite, winner of the 2012 series of The Great British Bake Off and former Attitude columnist, has announced his engagement to boyfriend Paul Atkins.

Taking to Instagram last night (July 20), John shared an image of of the couple with the caption “My true love. We’ve decided to get married. We’ve fought for these rights, and we shall use them.”

The pair, who met on Facebook, have been together for eight years after first meeting in Manchester.

My true love. We've decided to get married. We've fought for these rights, and we shall use them. ?

John and Paul appeared on a special Love & Marriage edition of Attitude in 2014. The pair had been together for almost six years at the time and said that if they ever decided to get married, it would be a “low-key affair” rather than a big wedding. “No swans or Liza Minnelli,” Paul said.

“My mum has an old manor house up north so I’d like it there. We’d like an ‘English country bumpkin’ wedding! But as there are no rules, we can do whatever we like,” John added.

Well, whatever kind of wedding John and Paul decide to have, we wish them all the happiness in the world.

John also revealed that equal marriage makes the couple feel more “accepted”. “When we first started going out it still felt a little bit wrong. I used to shudder at the word ‘gay’, because my family never spoke about it. Every time it was mentioned on Corrie, I would feel myself burning red as if I’d done something wrong. But now the laws have changed. Gay is part of the human nature.” 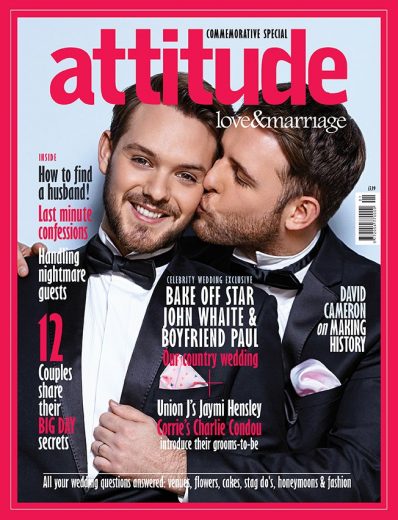 Get your copy of the Love & Marriage issue here