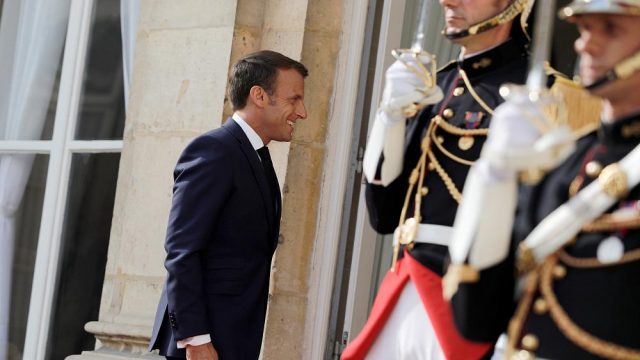 President Emmanuel Macron spoke of the importance of common defence and security on Sunday as he marked Bastille Day celebrations in France.

In his annual July 14 message, he said: “Not since the end of the Second World War has Europe been so necessary.”

His message was posted as he prepared to host other world leaders at a military parade in Paris.

“Building European defense, in connection with the Atlantic Alliance … is a priority for France,” he said.

“It is the theme of this parade. Acting together and strengthening our ability to act collectively is one of the challenges that the European Intervention Initiative, along with other key European projects, wants to address.”

Sunday’s events were expected to begin with a fixed-wing air show at 10.35, followed by a march, then helicopters at 11.35 and a mounted procession at 11.45.