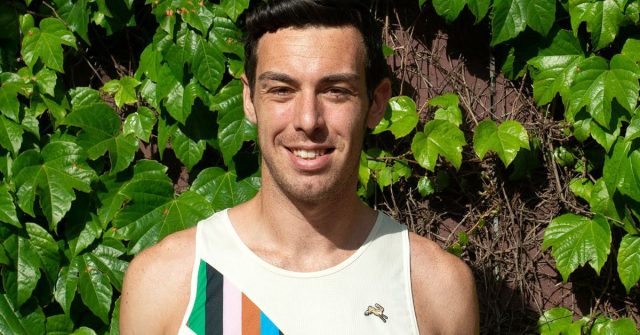 Being Out is a feature that looks at LGBTQ people in sports who have come out since Outsports first published in 1999. Today: Runner David Melly.

Alone as an openly gay athlete when he joined the cross country and track and field teams in 2011, Melly was pleased that in his senior season three of the five top runners identified as LGBT. It was also probably not coincidental that Cornell that year had the highest placing in a decade at Heps (Ivy League Heptagonal Indoor Track & Field Championships).

In a 2018 essay for the running website Citius Mag, Melly shared some insights into how more out LGBT athletes changed the nature of his Cornell team:

Teams with gay athletes also have a funny tendency to be more accepting across the board. Having one or two of us who break societal “rules” has a funny way of giving everyone permission to be themselves a little more fully. My straight teammates got a little cuddlier, a little sillier, and a lot more open about their vulnerabilities as a result of having teammates and friends who challenged their masculinity but who worked just as hard and shared the same goals. We fully embrace the mandate of our sport when we don’t just accept weirdos; we celebrate the weirdness in all of us.

Now graduated, Melly is still an elite runner and his goal this year is to equal the 2020 Olympic Trials qualifying standard for the marathon. He is also host of the Run Your Mouth podcast, which he calls “long-run talk for long talking runners.”

Here are Melly’s answers to our six Being Out questions:

What do you love the most about running?

The running community is unlike any other sport. No matter your background or ability, by choosing to run and race you’re automatically wrapped up in this big, global family of like-minded weirdos who will offer you love and support regardless of whether you finish first or last.

As I’ve ventured into the post-collegiate running world, I’ve had the opportunity to travel all over the country (and abroad) to race and in the process I’ve met countless amazing people, some of whom have become my closest friends.

I always joke that running is a “big small world” — if you’re in this sport long enough, you can’t go to a race without running into someone you know, and you’d be surprised how easily strangers can become family. It truly is one of the most inclusive and welcoming sports you can find and I’m proud to be part of that legacy. 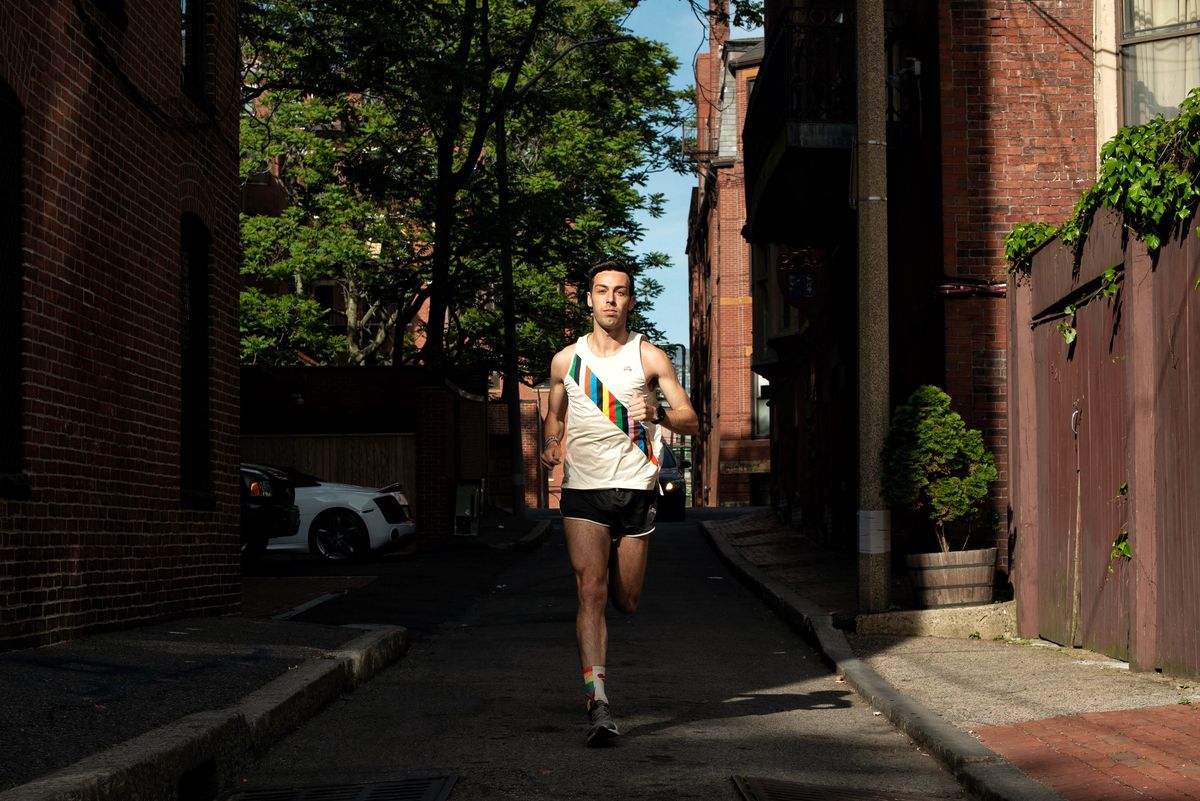 When I’m competing I feel most like myself. Before I was comfortable with my sexuality, being a successful runner offered me a confidence and security that every awkward teenager sorely needs.

Even now as an adult, the opportunity to test my body’s limits, to try and run a little faster or train a little harder than I ever have before, is a challenge that makes me feel at home

As I’ve grown older, I’ve become more acutely aware that my performance does not exist in a vacuum and that I want my role in the sport to matter to more than just myself and my teammates.

It freaked me out a bit at first when I started getting messages from other gay athletes, often younger kids and teens, who found me and felt my story resonated with them. What if I said the wrong thing or somehow sent the wrong message? It felt like too much power.

But it also reminded me of how much I would have benefited from that kind of representation and visibility in the sport when I was younger. As recently as five or six years ago, I could name a single openly gay runner outside my own team. And on the professional level, they’re still few and far between.

So as scary as it can be to know that your actions have ripple effects beyond your own little world, it’s also empowering to be part of a growing group of LGBTQ athletes who are sharing their journeys with the world.

The happier you are, the faster you will run.

The happier you are, the faster you will run. It can be incredibly scary to come to terms with your identity in a world that tells you you’re different and that’s wrong, but coming out (assuming you feel safe and ready) will be the best decision of your life.

Even if you’re the first person on your team to come out, you definitely won’t be the last.

When I entered college I was the only out athlete on my team, and when I graduated four years later there were five of us. By being yourself and living your truth you’re not just doing yourself an enormous favor, you’re making space for other people like us to join in. And your teammates of all sexualities and genders will have the opportunity to be a little more themselves as the outdated norms of what is “normal” and “right” get eroded little by little.

I know I’m not alone when I say that one of the driving sources of inspiration for me this year has been Gabe Grunewald.

Gabe was a professional runner for the Brooks Beasts who was diagnosed with a rare cancer called adenoid cystic carcinoma in 2009 and continued to compete on a high level through three recurrences.

In 2014, after coming back from cancer treatment, she won a national championship in one of the most incredible performances I’ve ever seen. In 2017, after her cancer had recurred, she competed at nationals while undergoing chemotherapy in an effort that will forever be etched in the minds of everyone that follows the sport of track and field.

Gabe passed away in June and the beautiful outpouring of tributes from the running community showed exactly why she was so important during her life: she touched countless lives with her toughness, her kindness, and her passion through any challenge she faced. Throughout everything she went through she remained a source of love and light and she reminds us all of how important it is to value every single day we’re fortunate enough to be alive and have the chance to do what we love.

I’m enjoying spending this year chasing the 2020 Olympic Trials qualifying standard for the marathon. This time last year, the longest race I’d ever done was 10K, and since then I’ve run three half-marathons with the intention of hitting the qualifying standard in either the half or the full marathon by the end of 2019.

It’s super exciting as a former miler to step up in distance and try something new, and I’ve really enjoyed seeing how my body responds to increased volume and different training as I move up in distance.

I entered the meet seeded 12th in the steeple and got third, setting what was, at the time, a 14-second personal best. The six points I scored ended up being our margin of victory over Princeton in the team competition as well. It was a huge breakthrough for me personally, and as someone who has always loved the team aspect of track and field and who chose Cornell for its team atmosphere, it meant so much more to be able to contribute to a championship as well.

When you score for the team for the first time at Cornell, you earn your “sash” — a red stripe through the Cornell “C” that you wear on your uniform. It’s a tradition so old that it’s written into the NCAA rules as an allowed exemption to the uniform matching policies. I ran faster and placed higher the following year, but nothing can compare to that first scoring performance. I was so proud to earn that sash.

David Melly is an elite distance runner who competes for Tracksmith Hare AC in Boston. He is a native of Newton, Mass., and a graduate of Cornell University, where he was captain of the track and cross-country teams. He is the host of the Run Youth Mouth podcast and can be reached on Instagram at @chaserofsteeples and on Twitter at @davidlikesyou.