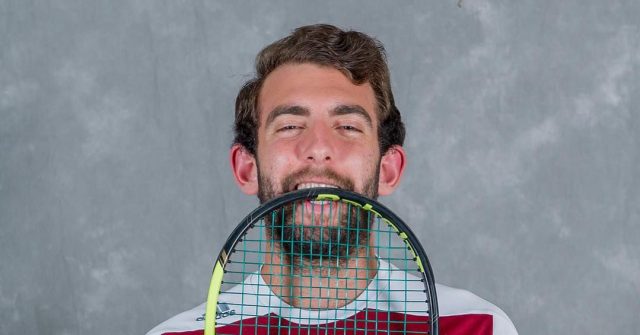 Being Out is a new feature that looks at LGBTQ people in sports who have come out since Outsports first published in 1999. Today: Tennis player Nick Lee

Nick Lee came out publicly as an openly gay Vassar College tennis player a year ago and has never looked back.

In addition to his terrific coming out story he wrote for Outsports, Lee wrote about how athletes struggle with mental illness and profiled the Vassar College Queer, Trans and Non-Binary (QTNB) Student-Athlete Working Group, which has more than 60 members.

I am also indebted to him with helping me conceive of this Being Out feature, as a way of recognizing that we can learn a great deal from those in sports who have already come out.

Here are Lee’s answers to our six Being Out questions:

What do you love the most about tennis?

What gives me the most joy in tennis is seeing how drilling and conditioning contributes to how I compete, as I know that all the hard work that I have put in has made me a better competitor.

The sport means so much more to me than just the wins and losses. I’m in my final days as a member of the Vassar men’s tennis team, as I will be graduating this month. Right now is a bittersweet time for me as a college athlete, as I strive to enjoy every moment I have left with my teammates on and off the court.

Over these last four years, I have had the opportunity to develop meaningful and lasting friendships with my teammates. Being a member of a team means trying to truly put team first. My teammates are my close friends, and we support one another, on and off the court. I enjoy being a part of the growing process of my team, where we work together day in and day out to help one another improve as tennis players and as people.

Being gay in sports means taking full advantage of the opportunity and privilege that I have to be out in athletics in an accepting environment.

While my teammates, coaches, and athletics department fully support me and embrace me for who I am, I know that sports have historically disenfranchised LGBTQ+ individuals, myself included. This disenfranchisement is still a reality in the U.S and many other parts of the world.

I feel that I owe it to those who came before me — who have laid the foundation for LGBTQ+ inclusion in sports in the face of hate and intolerance — to use my privilege to increase the visibility of LGBTQ+ people in sports and advocate for those who continue to be rejected and silenced.

No one has the right to take away your passion for a sport and your place in athletics.

You deserve to be in sports. Your sexual orientation and gender identity do not need to be left in the shadows as an athlete. Be proud to be an LGBTQ+ athlete. Even in the face of hate and intolerance, there are so many people rooting you on.

The journey may not be easy, so continue to remind yourself of why you love your sport and why you compete. No one has the right to take away your passion for a sport and your place in athletics. Again, you deserve to be in sports, just as you are.

My twin sister is someone who inspires me. She has autism spectrum disorder (ASD). She has been underestimated from a very young age, but she continues to excel by remaining true to herself and pursuing what she is passionate about.

She is an incredible writer and singer and is also possibly the kindest and most empathetic person I know. She is a huge advocate for those with ASD, and has found new confidence in herself through sharing her story and being proud of herself for who she is. She is someone that I can look up to when I try to be more selfless and use my privilege to advocate for others. 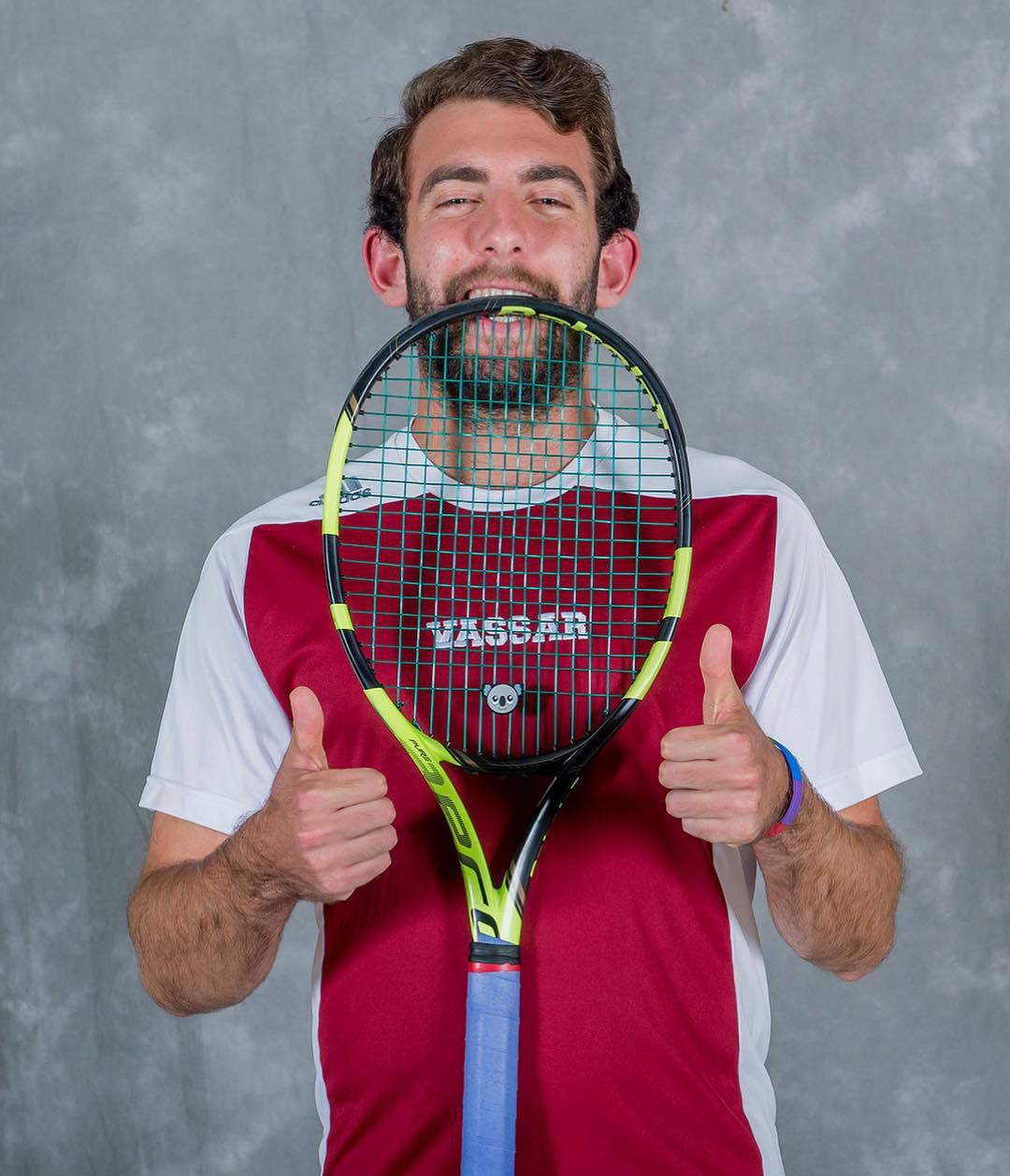 I am excited to have the opportunity to teach English in Madrid next year. I studied abroad in Madrid the fall of my junior year and I fell in love with the city, so I am really looking forward to returning.

A sports moment that sticks out to me is when I played two doubles matches in the Grandstand at the USTA Billie Jean National Tennis Center — where the U.S Open is hosted — for the New York Public High School State Championships.

My partner and I were extremely lucky to have the opportunity to play there, as the majority of the other players competed on the outside courts. The atmosphere was incredible. And it was hilarious to see about 20 people in the stands (mostly family) in a stadium that could seat over 8,000 people!

Nick Lee is a senior at Vassar College majoring in Psychology and Hispanic Studies, and is a member of the Vassar men’s tennis team. He is also a member of Vassar’s Queer, Trans, and Non-Binary (QTNB) Student-Athlete Working Group. He was born and raised in New York. After teaching abroad in Madrid, he aspires to remain in sports as a sports psychologist and continue playing tennis competitively. He can be reached by email at Nilee@vassar.edu, on Instagram @nicklee.aka.licknee, and on Facebook as Nicholas Lee.