Home Gay Life Being Out: Gay rugby player and activist Taylor Vanderlaan excited by his... 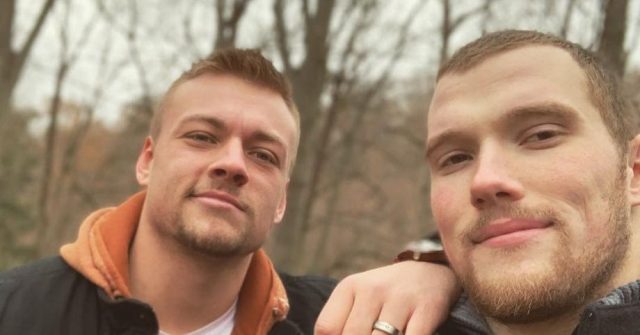 Being Out is a new feature that looks at LGBTQ people in sports who have come out since Outsports first published in 1999. Today: Rugby player Taylor Vanderlaan.

ForTaylor Vanderlaan, it was love at first site when he first was drawn to rugby in college and it was his acceptance that made him comfortable as a gay man.

Now graduated, he still plays the sport but is now focused on advocacy for LGBTQ issues in Grand Rapids, Michigan, and beyond.

I found it interesting that he wants to shine a life on the issue of sexual assault in the LGBTQ world, mirroring the #MeToo movement. Vandelaan is also soon-to-be-married to another gay athlete, Brenden Moon, which understandably has him excited.

Here are Vandelaan’s answers to our six Being Out questions:

What do you love the most about rugby?

Rugby was the sport that not only changed my life, but also saved my life. I found my school’s rugby team in college at Ferris State University in Michigan.

I was drawn to the physicality of the game. No protection except a mouth guard, the ability for any player to score and the warrior-like image rugby presents. After the first practice I knew I was meant to play this.

Before I came out, I was drawn by the ruthless aggression rugby required. After I came out however, I learned it was the acceptance and love players have for their teammates. The No. 1 thing I love most about rugby and why I continue to play is the brotherhood. I gained a whole new family from this sport that embraced me for me.

Being a rugby player and being gay are identities that I fully embrace and proud of. To me, being LGBTQ+ in sports means being one of the most authentic and transparent players in the game. I am 100% the same person off the field as I am on. My big secret is already out and I get to focus on playing the game.

Playing football in high school I struggled with my sexuality. I struggled between choosing to play sports and wanting to be happy. Never in my wildest dreams did I think I could do both.

To the kids who are playing sports and struggling to be themselves, I want say you are not alone. There are people who have been through it and who want to talk and help you through it as well. If you are out, then keep being out and be proud of it. It takes a tremendous amount of courage to be yourself in sports.

For the kids who want to want to play but don’t feel like they will be accepted or good enough, I want to tell you to just go for it.

For the kids who want to want to play but don’t feel like they will be accepted or good enough, I want to tell you to just go for it. Go to a practice. Play in a game. Don’t let yourself miss out on living the life you deserve because of fear of the unknown.

To all the 15 year old Taylors in athletics and being themselves, and those who are struggling to do both, I say thank you. I know life did not want you to make it this far. This world tried damn hard not to let you survive, but you did. Thank you for finding reasons to hold on long enough to finally enjoy living.

Nobody makes it in this world alone. We all have one or a number of people that inspire us or guide us to the person we eventually become. For me, that person is my mentor and the Center Administrator of the Grand Rapids Pride Center, Larry Deshane Jr.

He grew up in the ’70s and ’80s when being gay was just about the worst thing you could be. Larry not only survived a time when gay men were dying off left and right, but he took those struggles and experiences and turned them into something beautiful and powerful, ultimately saving lives.

Larry took me in as an intern because he saw the energetic kid with ADHD who’d be overlooked his whole life for it. He believed in me. This man is the heart and soul of the LGBTQ community in Michigan and never asks for a thank you or any sort of recognition in return.

He and his generation helped pave the way for mine and future generations to live a little bit easier and passed down what he knows to me to continue the fight for equality and acceptance. 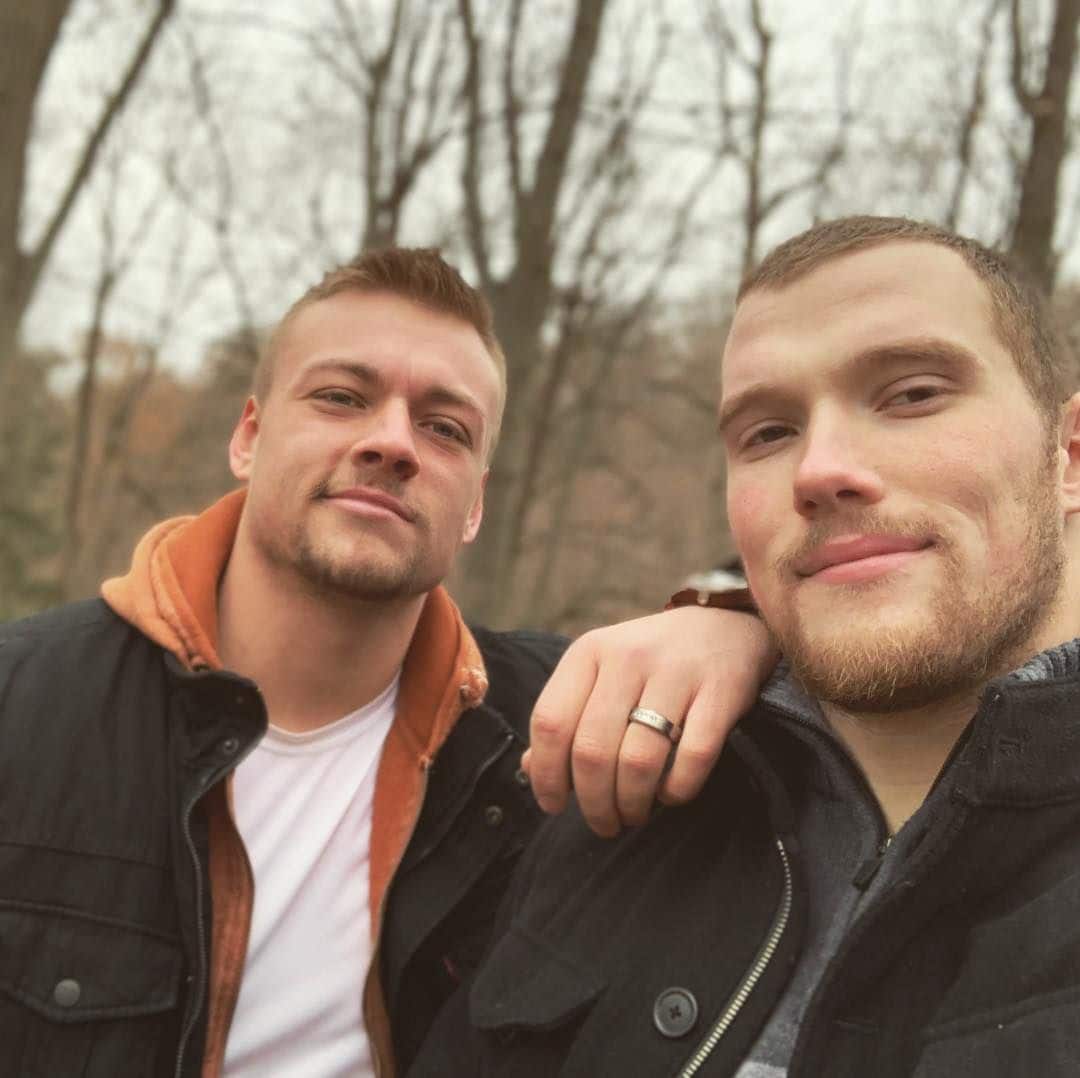 What I am excited for right now is building my life with my future husband, Brenden Moon. He’s been my biggest supporter and my rock over the last year and a half and finally made the move from Des Moines to Grand Rapids.

We are both starting new careers but are trying to do our part in furthering the LGBTQ community here in Grand Rapids. Brenden is working on getting into the fitness world. He’s putting focus on working with the gay and especially trans/non-binary community which I am so proud of him for doing.

I recently became a regional board member for You Can Play, so I have the opportunity to speak to local schools and athletic programs on building a more inclusive and diverse environment in sports. To give kids a chance that I didn’t have. To ensure nobody ever has to make the decision between playing the sport they love or being happy.

I also recently got involved with the Sexual Assault Prevention coalition of Grand Rapids. The #MeToo movement hasn’t caught up with the LGBTQ community yet. Young gay and trans kids are going out and being sexually assaulted in the very spaces where they are supposed to feel most safe. We are being assaulted by people in our own community. 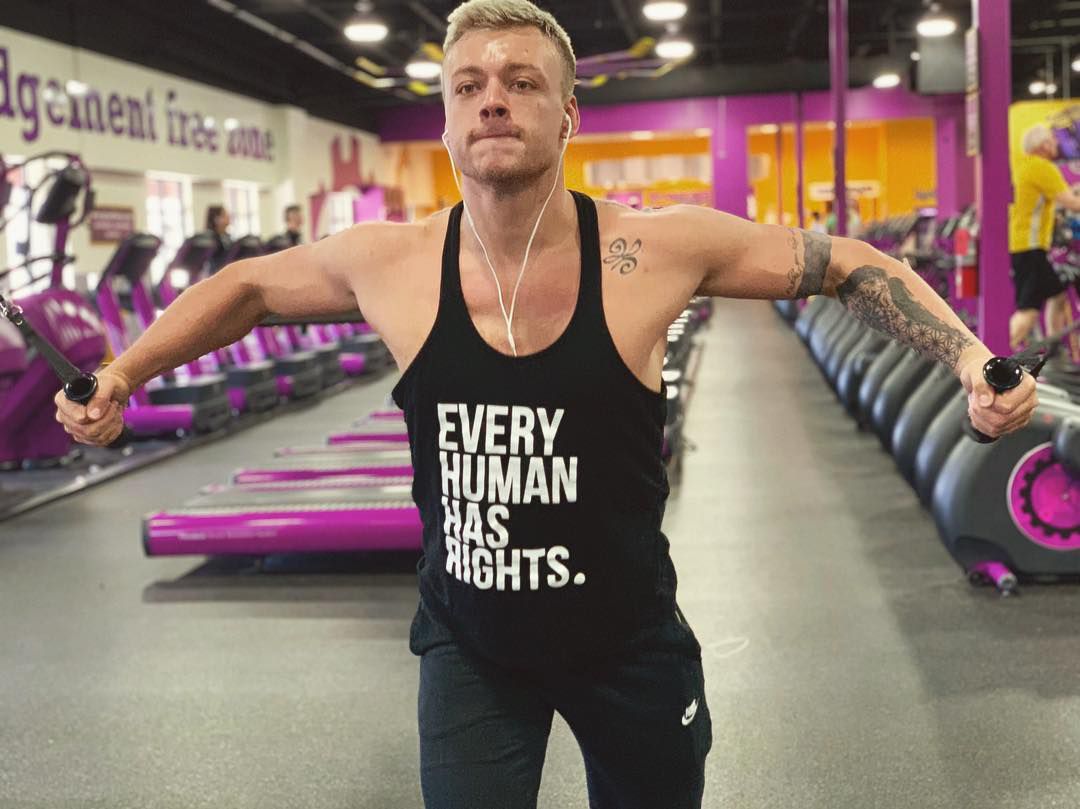 So I plan on focusing time and energy to ensure our kids feel safe on and off the field. I’m passionate about helping people which is why I am excited to get into the political game. I plan on running for political office at a state and eventually federal level. To make sure there are LGBTQ voices represented in our government and all spaces, because we exist everywhere and will continue to be.

I’m proud of being a part of a community made up of survivors. According to the CDC’s 2017 Michigan Youth Risk Behavior Survey, 45% of LGBTQ youth made a plan for suicide and 24% attempted suicide. We only ever talk about the ones were unlucky enough to have completed their plan of suicide, but we never highlight the ones who were fortunate enough to have failed their attempt or the ones who found a reason to live another day. The world is so much better with us in it. To the people who found a reason to make it to today, I see you and I want to say thank you.

Out of all the seasons I’ve been playing there’s one moment that sticks out the most. During my second season of rugby, my team was playing a men’s league team. Spring season in Michigan is usually winter Round 2 since we still get snowstorms in April. This game was no different as we played in ankle-deep snow and ice and the temperature was below freezing. That doesn’t stop a rugby game however and we continued on.

Halfway through the game I stopped censoring my disdain for Michigan weather and everyone on the field could tell I was just not having it. Right as we were about to start the second half my teammate leans over and says

“Yo, just picture you laying are a warm beach surrounded by a bunch of beautiful women.”

Which I instinctively yelled back to this player, who seemed to forget how gay I was.

At this point there was a weird silence and I could tell it definitely broke the other team’s focus. In that moment, my brain didn’t fully register what I did.

However, my teammates afterward told me both teams were kind of stunned. The ones who did know found my response pretty amusing. I’m fortunate enough to not have taken much heat for it, which I know is not always the case.

Taylor Vanderlaan is a rugby player and activist for LGBTQ rights in Grand Rapids and the Michigan regional board member for You Can Play. He received his Bachelors in Social Work from Ferris State University. Taylor is engaged to fellow Outsports athlete Brenden Moon. He can be reached via Instagram.