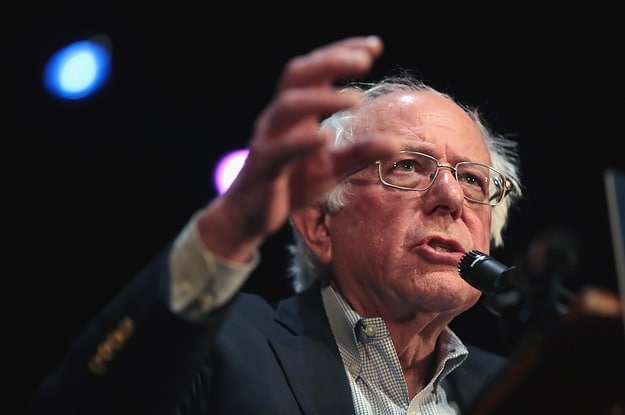 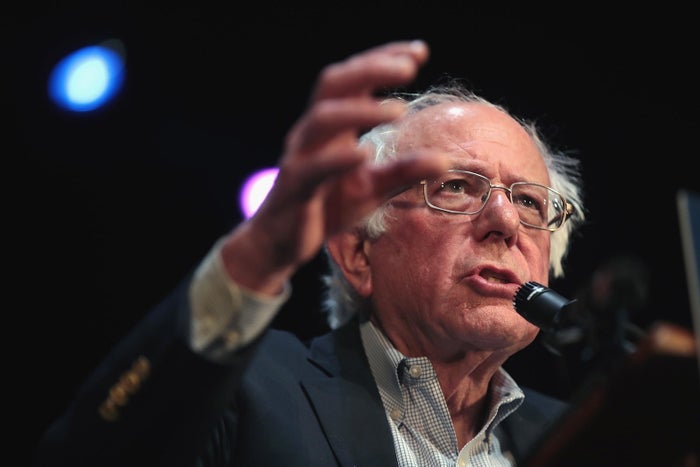 ORANGEBURG, S.C. — Sen. Bernie Sanders released a plan Saturday to repair the American public education system that focuses on ending school segregation and racial discrimination against students, recognizing a growing outcry over schools that have become increasingly re-segregated in the wake of the landmark Brown vs. Board of Education Supreme Court decision that was handed down 65 years ago Friday.

The plan would try to revive the force of the federal government’s efforts in the 1950s and 1960s to end the separation of students by race, help school districts that are trying to desegregate their own schools, and address funding disparities that mean students of color often end up in schools that have less money and more inexperienced teachers.

It also drives a wedge into the crowded field of Democrats vying for the 2020 presidential nomination by taking on charter schools, banning for-profit charters and temporarily halting funding for new nonprofit charters. Some of Sanders’ opponents, like Sen. Cory Booker, have been forceful advocates for expanding charters.

The Vermont senator outlined the plan on Saturday morning at Life Cathedral Church in Orangeburg, South Carolina, a key early-voting state in next year’s Democratic primary, which rests heavily on black voters. In 2016, Sanders lost the primary here to Hillary Clinton by 47.5%.

His town hall is the fourth stop in a four-day, four-state swing through North Carolina, South Carolina, Georgia, and Alabama, where he will highlight policy on education and environmental justice.

Sanders’ blueprint — called the Thurgood Marshall Education Plan, after the lawyer who argued the Brown case before becoming the first black Supreme Court justice — draws a stark contrast to former Vice President Joe Biden, who fought against desegregating schools in the 1970s. Biden, who is leading Sanders in Democratic polls, sought the support of segregationists in a bitter battle against court-ordered “busing,” or the transportation of students to other schools and districts in order to end racial separation.

Sanders’ plan would allow districts to use federal money for busing, ending a longstanding roadblock that has prevented them from spending federal dollars on the programs.

Sanders, speaking to a small crowd alongside a collection of educators and campaign surrogates such as Cornel West, noted that the Brown case launched just 40 miles away in the town of Summerton and described his proposal as a vehicle for «revolutionizing education» and addressing the injustices that still remain 65 years later.

Since the 1980s, he told the crowd, racially segregated schools have more than tripled. In 2016, Sanders added, school districts serving mostly students of color received $23 billion less in funding than those with mostly white students, even though they served the same total number of students.

«This racial and economic segregation hasn’t happened by accident,» Sanders said. «It is the direct result of the policy decisions made in the courts, in the state legislatures, and in Washington, DC.»

«All of that has got to change,» he said. «We cannot tolerate separate and unequal schools, not in the United States of America and not in 2019.»

Sanders also said in the plan that he would execute new federal desegregation orders on school districts, which have largely fallen by the wayside in recent decades, and increase federal funding for desegregation programs, including busing and community programs. The plan would dramatically increase federal funding for poor schools, but also for public magnet schools, which can reduce segregation by drawing students from large geographic areas.

Statistics show black and Latino students, as well as poor students, are increasingly isolated in American schools, despite evidence that students in racially integrated schools perform better. In the South, where the federal government forced schools to end racial separation, black students have seen many of the gains they made decades ago slip as schools re-segregate. But the country’s most segregated schools are in the North: states like New York, New Jersey, Illinois, and California have systems that are heavily separated by race.

Sanders’ plan would ban for-profit charter schools, which make up a small slice of charters nationwide, and put strict limits on nonprofit charter schools, temporarily banning federal funding for new charters. Charter schools tend to be more segregated than public schools — the NAACP has called to ban them outright — though they are also popular among black voters.

Critics, like teachers’ unions, argue that charters pull money away from scarcely-resourced public schools. Charter advocates, which include many prominent Democrats and Democratic donors, say they can foster experimentation, and point to some high-performing charter schools that deliver dramatically better outcomes for black and Latino children.

One significant roadblock for Sanders’ sweeping plan: the reality that the federal government plays a relatively small role in K-12 education. The vast majority of money for education comes from states, which set their own policies; some states ban for-profit charters, and others allow them to proliferate.

In places where the federal government does wield power, Congress often stymies progress. Betsy DeVos, President Donald Trump’s Secretary of Education, has struggled to make even incremental changes to the K-12 education system; she tried and failed to push Congress to implement a tax credit program that would help students attend private and religious schools.