Home Gay Life Beyond Madonna: 12 queer musicians who are about to blow up 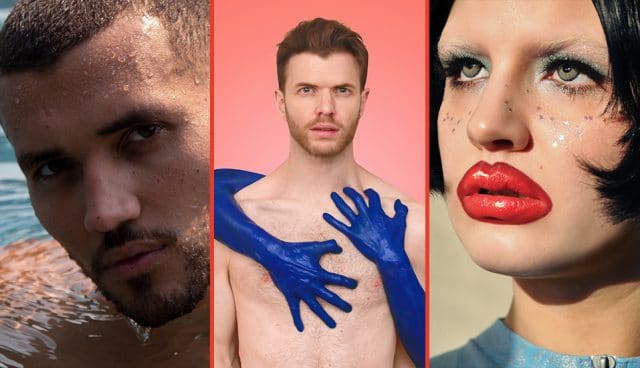 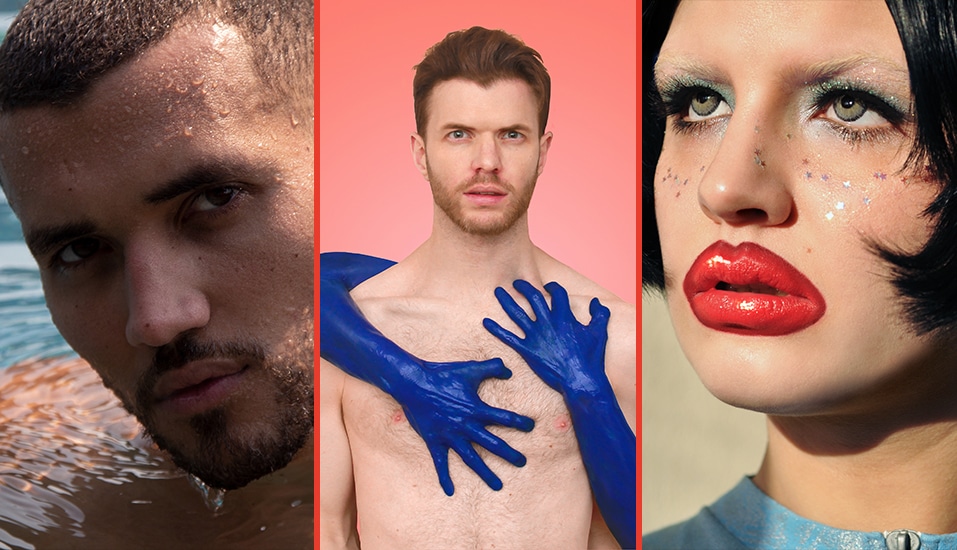 Even more exciting: there is endless red-hot talent ready to follow their lead. From an artist whose earned accolades from Madonna to trailblazers shaking up homophobic genres like Latin, hip-hop and EDM, here are twelve new artists to familiarize yourself with immediately.

Don’t miss the accompanying Spotify playlist at the end of this article for a preview of these future superstars’ catalogs.

The self-described “king of spook pop” delivers a gorgeous tenor over intricate, atmospheric melodies that would make his idol and muse, Garbage’s Shirley Manson, grin. The singer-producer is amidst an ambitious, supernatural-inspired rollout ahead of his full length debut Glitchcraft, due early fall.
“All Hearts,” “Pfeiffer”

Producer LeahAnn Mitchell has worked with the likes of Boyz II Men, songwriting duo The Jackie Boyz (Madonna) and producer Polo Molina (Black Eyed Peas), but was blacklisted by the industry after coming out as as trans. That didn’t stop the resilient star: her new EP Blaq * A Note To The World is a genre-bending manifesto that celebrates her identity.
“D Blaq R,” “Shutup!”

It’s no secret that Sweden has exported some of the best pop musicians: from Robyn to ABBA to Max Martin (the dynamo songwriter behind hits from Ariana, Britney and P!nk, among others). Non-binary club kid Lizette Lizette continues to carry the country’s torch with a catalogue of barely-left-of-center pop confections.
“Junk,” “Non”

Amy Kuney, or Ames, broke into the industry writing tracks for others (Kelly Clarkson, Michelle Branch), but her solo project My Name Is Ames proves she’s got the chops to stand alone. Fans of Lisa Loeb and Jewel would be remiss not to check her out.
“Mama It’s Me,” “Flowers For Anna”

The South Africa-born renaissance man has caught attention from Madonna (who called him one of her “favorite artists”) and Hedwig and the Angry Inch mastermind John Cameron Mitchell, who described him as “some kind of love child of James Baldwin, David Bowie and Grace Jones.” The writer cast Nakhane in his latest project, Anthem: Homunculus, a musical podcast series that co-stars Glenn Close and Patti LuPone.
“Interloper,” “New Brighton” (feat. Anohni)

As Latin musicians continue to infiltrate pop culture, it’s only a matter of time before a newcomer delivers Spanish-language bops through a queer lens. Enter Bolivia-born cutie Luis Gamarra. The singer, now based in Boston, is Latin music’s answer to Troye Sivan.
“Por Un Beso,” “No Siento Mas”

This Harvard-educated hunk prefers not to label his sexuality, but the protective message of his new poolside bop, “Ride The Wave,” is universal: “Won’t you come and ride this wave / I won’t let you drift away / The tide is coming in.” Schiff is donating proceeds from the track to the Stonewall Community Foundation.
“Ride The Wave,” “It’s Just Today”

On her latest track, “Headcase,” this goth-pop musician trades verses with fellow sapphic starlet Hayley Kiyoko. The glitchy track, which samples The Pixies’ staple “Where Is My Mind?,” is an empowering anthem about Morgue’s relationship with her bipolar disorder.
“Headcase” (feat. Hayley Kiyoko), “Siren”

Despite the genre’s queer origins, the world of electronic dance music is dominated by straight men. NYC-based producer Kandy is changing that. Between his drag scene-inspired “Feelin’ KNT” and a mixtape of reimagined takes on gay favs by Lady Gaga, Gwen Stefani and Ciara, the DJ doesn’t shy away from his pride. His latest single “Keeping Secrets,” a team-up with rising singer Madison Rose, is a contender for 2019’s song of the summer.
“Keeping Secrets,” “Feelin’ KNT”