Home Gay Life Beyond the rainbow: Same-sex weddings are mainstream 50 years after Stonewall

She recently made a square layer cake with black piping for a gay male couple who wanted something different than the traditional round cake with gold piping that is served at most straight weddings.

While Bailey believes every couple should take pride in expressing themselves through their wedding cake, she draws the line at making her creations overwhelmed in rainbow colors.

“You don’t need to dye your cakes,” Bailey said, referring to the rainbow symbol of diversity that has become an emblem for LGBTQ people.

While rainbow wedding cakes remain in high demand, Bailey prefers using rainbow as a decorative accent rather than the focus of the cakes she makes.

Quirky wedding cakes are just one of the ways in which the $76 billion a year wedding industry in the United States has embraced and adapted to same-sex couples in the four years since the U.S. Supreme Court ruled that the Constitution provides same-sex couples the right to marry.

The landmark decision opened up a fresh stream of business for the caterers, bakers, florists and venue operators who serve those wanting to tie the knot.

Same-sex unions and other LGBTQ rights may have taken even longer to come to pass but for the Stonewall uprising in New York 50 years ago this month when patrons of a gay bar fought back against police harassment. Celebrations have kicked off around the world to mark the protest considered the beginning of the modern LGBTQ rights movement.

For Carla Ten Eyck, a Hartford, Connecticut-based photographer, the segment of her business involving same-sex couples has grown steadily each year since the court ruling.

“I get more and more inquiries. I’m booking more every year,” she said.

A number of wedding services providers interviewed by Reuters estimated 1% to 6% of their annual revenues now come from lesbian, gay, bisexual, transgender and other queer people.

“They are increasingly assimilated into the mainstream market,” said Kathryn Hamm, LGBTQ+ education expert at The Knot Worldwide, which owns The Knot and WeddingWire, two leading online wedding services companies.

At the same time, the industry has adapted. Service providers are attending workshops to learn about the special needs and preferences of LGBTQ people, everything from wedding attire and use of inclusive language in wedding vows.

“LGBTQ Wedding Trends & Why They Matter For All Couples” and “Making Your Business More LGBTQ-Inclusive” were among the online and in-person workshops The Knot has hosted.

Helena Barquet and Fabiana Faria are greeted by family and friends during their Valentine’s Day wedding ceremony at the top of the Empire State Building in New York, U.S., February 14, 2019. Picture taken February 14, 2019. REUTERS/Brendan McDermid

Growing acceptance of LGBTQ couples in the wedding industry is consistent with the relatively swift shift in societal attitude about same-sex marriage.

According to a Reuters/Ipsos poll released this month, a majority of Americans – 58% –  said they support same-sex marriage, up 8 percentage points from a similar poll conducted in April 2015, just before the U.S. Supreme Court ruling in June of that year.

About 4.5% of the U.S. population, or 11 million people, identify as LGBTQ, according to the Williams Institute at the University of California at Los Angeles.

Much of the wedding industry is taking a low-key approach to selling services to LGBTQ couples, avoiding heavy handedness in aiming to convey a message of inclusiveness.

Zola, a company that operates a wedding registry website and other businesses, has adopted less gender-specific descriptions on their websites while at the same time ensured diverse images of opposite-sex and LGBTQ couples in their marketing materials.

“We are seeing they are celebrating their love like any other couples,” said Jennifer Spector, Zola’s director of brands.

On the wedding ceremony and reception combined, same-sex couples on average spend $28,400 compared with the $29,500 average for opposite-sex couples, according to WeddingWire’s annual survey.

Depending on the venue, location and the number of guests, a reception at the upscale Mandarin Oriental in Washington can easily start at $100,000.

One gay couple, Blake Coehlo, 30, and Matthew Fernando, 29, budgeted $15,000 for their wedding in February in Tucson, Arizona. Even without a wedding planner, they kept close to their budget with help from their mothers.

A year ago the U.S. Supreme Court sided with a Colorado cake shop whose owner cited religious freedom when refusing to make a cake for a same-sex couple. The decision left unresolved the bigger question of whether certain businesses can claim religious exemptions from anti-discrimination laws.

Last Monday, the high court threw out a lower court ruling against the owners of an Oregon bakery who refused based on their Christian beliefs to make a wedding cake for a lesbian couple.

“It’s still happening,” said Jove Meyer, New York-based wedding planner. “When you are in conservative parts of America, you might be turned down.” 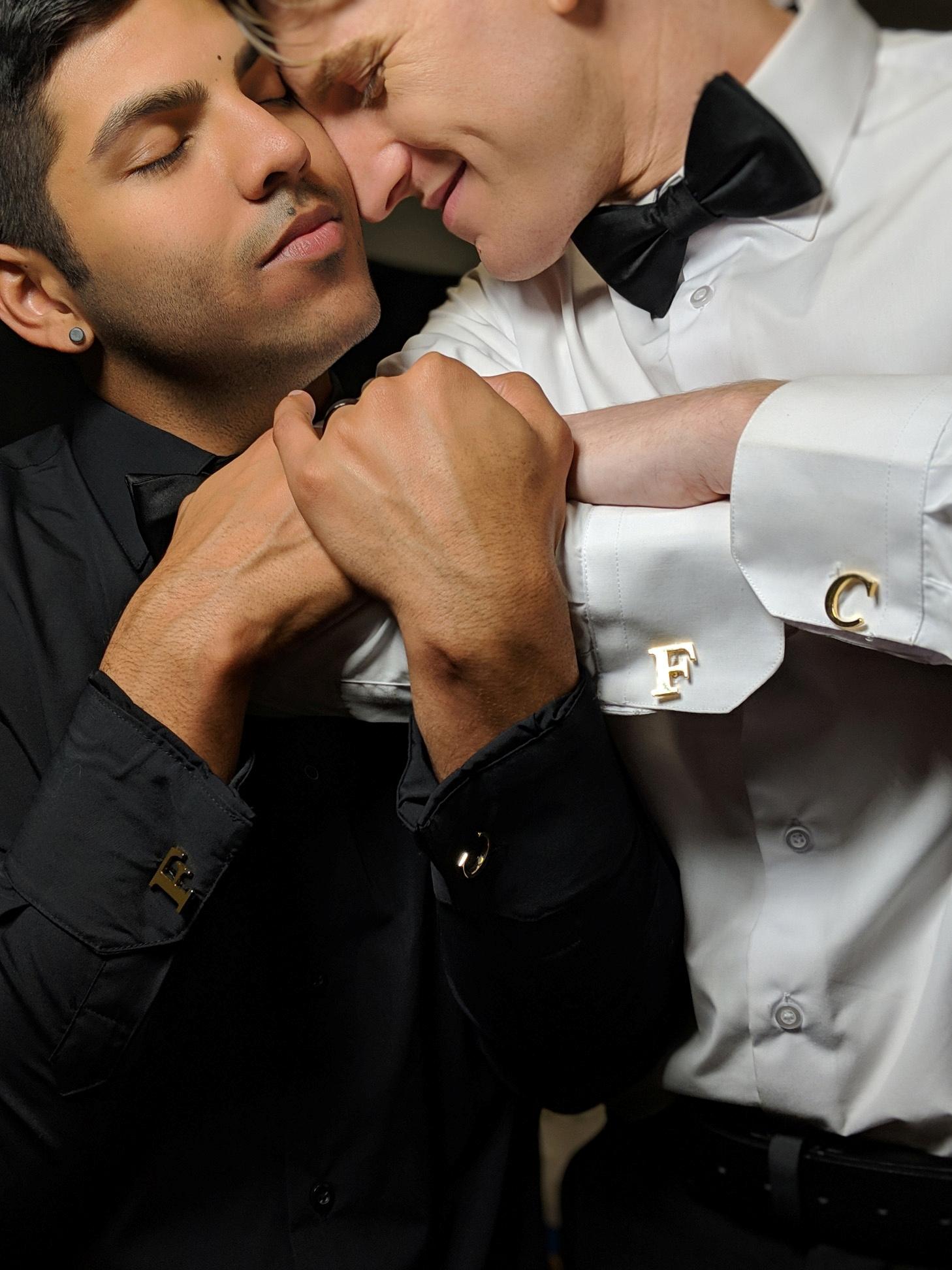 Still, many same-sex couples say they felt welcome when planning their weddings.

“Everyone we used was actually very happy and accommodating to us, it was really refreshing and made me feel really proud,” said Fernando.