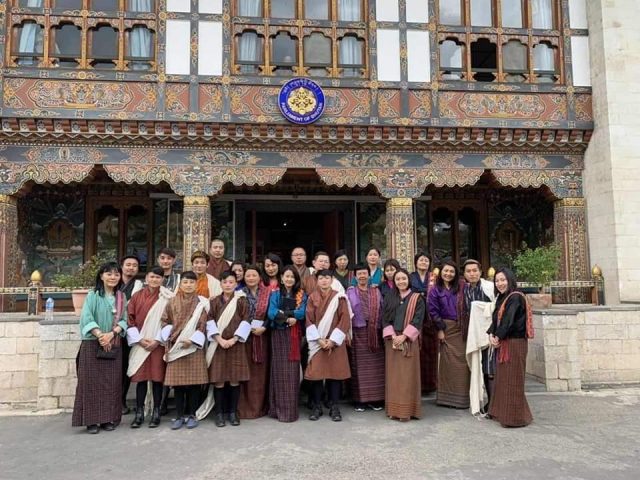 Bhutan’s National Assembly has begun the process of decriminalising gay sex, a move which could hand LGBT+ people improved rights.

The Buddhist kingdom’s lower house voted on Friday (June 7) to remove two sections of its penal code which outlaw “unnatural sex,” defined as “sodomy or any other sexual conduct that is against the order of nature.”

An amendment bill will now be put to Bhutan’s upper house for formal approval.

<p dir=«ltr» lang=«en» xml:lang=«en»>Breaking: Section 213 and 214 of the Bhutan Penal Code criminalizing ‘unnatural sex’ or homosexuality has been removed by the National Assembly.

Journalist Namgay Zam spoke to LGBT+ activists who said that the ruling has “validated” their identities.

“The fight that we have carried for the past four or five years finally bears fruit,” Pema, from the group Rainbow Bhutan, said in a video shared to Zam’s Facebook page.

Currently, LGBT+ people are not recognised under Bhutanese law, and as such aren’t protected from employment or housing discrimination and can’t marry or adopt.

Finance Minister Lyonpo Namgay Tshering first suggested the changes on May 29 before putting in a formal proposal.

Lyonpo told The Bhutanese newspaper that the anti-LGBT legislation “has become so redundant.”

He noted that while in theory gay sex can be punished with up to a year in prison, in practice this has never been enforced.

“It is also an eyesore for international human rights bodies,” he said on Friday (June 7).

Bhutan follows in the footsteps of its neighbour India, which decriminalised gay sex in September 2018.

Culturally, many Bhutanese people are “quite accepting” of transgender people but are “quick to dub homosexuality ‘unnatural,’ and are suspicious and downright judgemental,” Zam wrote in 2013.

As such, many gay or bisexual men remain closeted, although the United Nations Development Programme estimates that there are about 9,000 in Bhutan’s capital Thimphu alone.

Karma Dupchen is one of the most public LGBT+ people in Bhutan.

“I’ve never really faced any kind of harassment,” he toldThe Daily Beast in 2015, adding that “growing up gay in Bhutan was a very alienating experience” because the idea of being LGBT is “pretty much unheard of.”