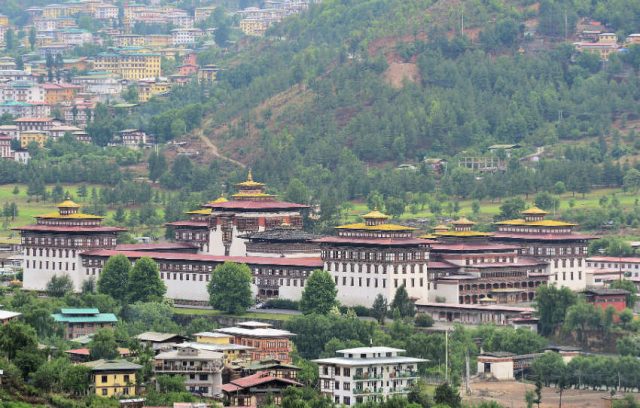 The LGBTI community of Bhutan had reasons to celebrate over the weekend. saw an outpouring of emotions on

LGBTI rights activists did not try to hide their emotions over the historic move.

‘A lot of us cried,’ said Tashi Tsheten of LGBTI rights group, Rainbow Bhutan. ‘We are a small and marginalized community and when our rights are discussed in parliament, it makes us extremely happy.’

Although sections 213 and 214 of the penal code had never been enforced, they received continued pushback from LGBTI rights advocates in Bhutan.

Finance Minister Namgay Tshering, who submitted the recommendation to repeal the laws, described them as “a stain” on the country’s reputation.

Bhutan, a landlocked country which borders the northeast of India and southwest of China, has a population of around 750,000.

The repeal of the laws has been years in the making.

Article 213 outlawed ‘unnatural sex, if the defendant engages in sodomy or any other sexual conduct that is against the order of nature’.

The idea was reintroduced earlier this year by Namgay Tshering, which led to the law’s repeal.

Namgay Tshering also argued that the laws had become redundant after Bhutan became a constitutional monarchy in 2008, AFP reports.

He added that he was optimistic that the two laws would be scrapped when the upper house votes on Monday (10 June).

While LGBTI rights in Bhutan are — in the Buddhist-majority nation.

However, LGBTI people continue to face stigma and discrimination in Bhutanese society.

‘There are lots of barriers and our education system does not understand LGBT,’ Tashi said, adding that many LGBT youths drop out of school as a result.

Tashi also said that while there was a general acceptance of the trans community, many trans people still face discrimination. This is especially true in Bhutan’s schools.

The  revealed a high number of Bhutanese LGBTI people have attempted suicide.

The survey also found that about 70% of Bhutan’s LGBTI population .