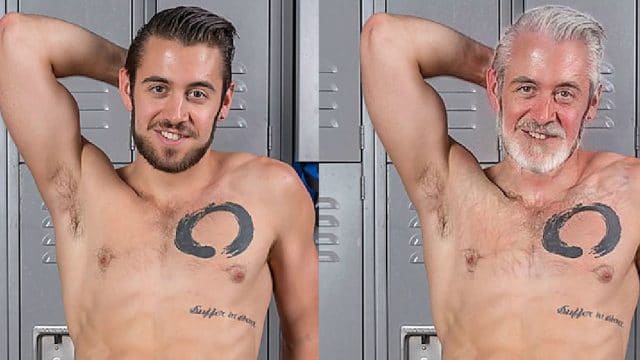 Ageism and a taste for young flesh give gay adult video stars a limited shelf life — most of them won’t be performing when they’re redeeming their senior discounts at Denny’s. But if you’ve ever wondered what some of the biggest stars in the skin biz will look like when they’re older, this NSFW adult industry site has the answer.

The site’s editor, Zachary Sire, had the genius idea of putting a few of today’s hottest adult performers through the app to see what they’ll look like in their 50s, 60s and 70s.

And while we’ve had to edit the below-the-belt bits out of his images, Sire’s entire gallery of 20 stars is worth seeing (link NSFW), especially if you’re into silver foxes. 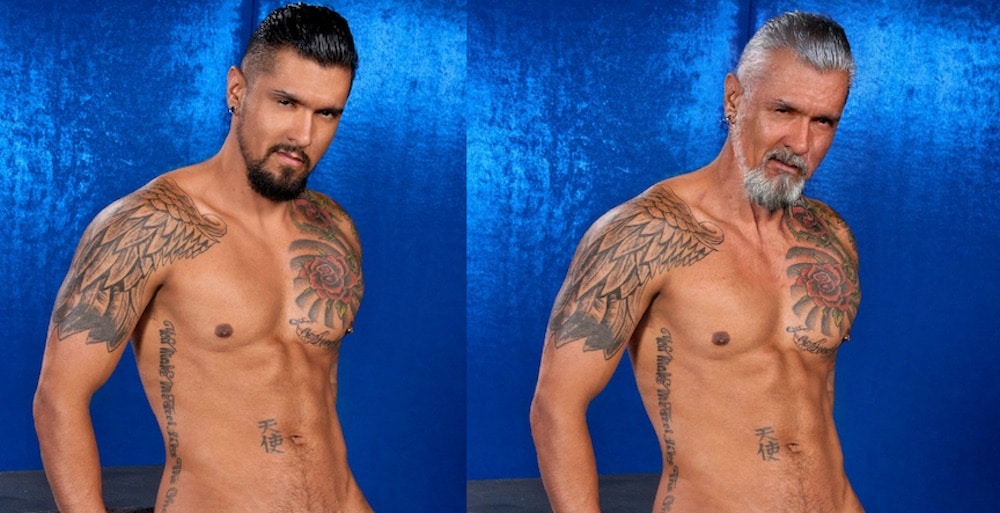 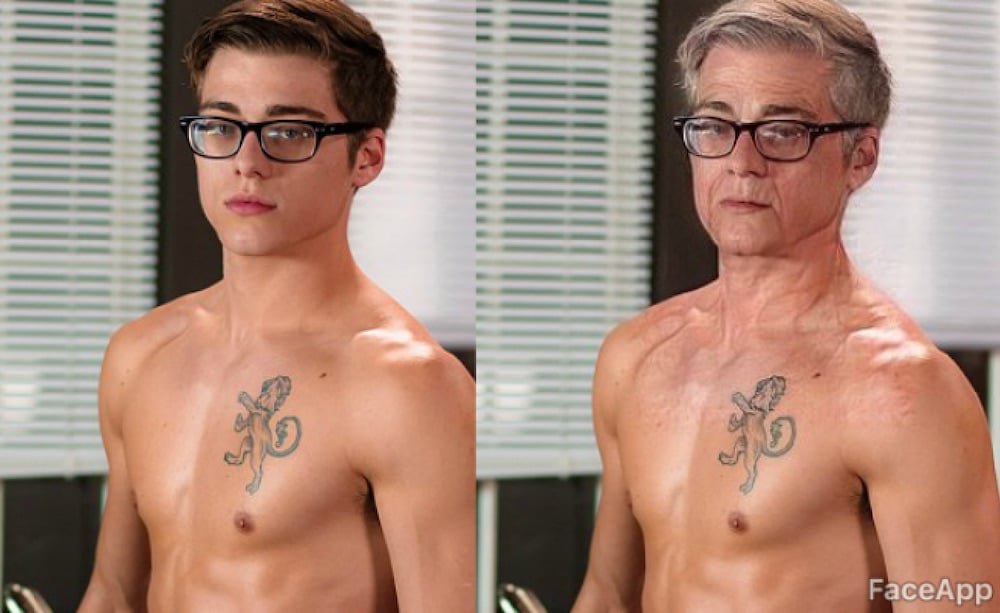 Geez, if only all the guys in the old folks home looked like that.

Now keep in mind, the FaceApp aging filter only works on faces, not bodies. So in real life, all these stars will have to deal with gravity, wrinkles, sagging skin, liver spots, etc. But it’s still fun to see them as sexy grandpas.

The Russian smartphone app FaceApp uses artificial intelligence to apply all sorts of photo effects to people’s faces. The app’s “old age” feature has compelled numerous folks to post images of themselves as senior citizens — even celebs are joining in on the fun.

FaceApp got into trouble two years ago for adding an “ethnicity” filter that allowed users to basically dabble in digital blackface and yellowface. There’s also a security question of whether FaceApp stores your uploaded photos to the cloud. But some folks might think it a small price to pay to get a glimpse at their future selves.