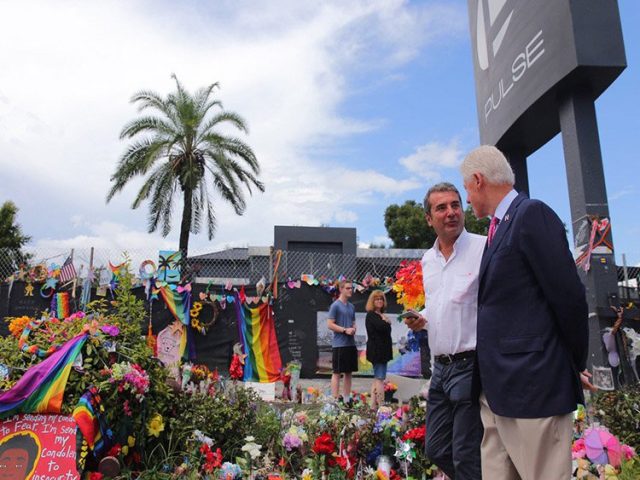 The former president paid a surprise visit to the memorial Wednesday afternoon.

Clinton’s appearance was not made public until Thursday, when the former president’s press secretary, Angel Urena, confirmed his visit.

.@billclinton stopped at #Pulse to pay his respects to those lost, their friends, families & entire LGBTQ community. pic.twitter.com/TxYIMbS08G

The former president called it an honor to be at memorial to pay his respects to the 49 people who lost their lives on June 12 at the gay nightclub, reported the Sentinel.

Democratic presidential candidate Hillary Clinton visited the site in July. “We need to acknowledge and be very clear who this attack targeted: The Latino LGBT community,” Clinton said, at a community event in Orlando. “What does that mean? Well among other things, it means that it is still dangerous to be LGBT in America.”